As there are differences within the UNLF, the meeting resolved not to publish any press release issued from the group. 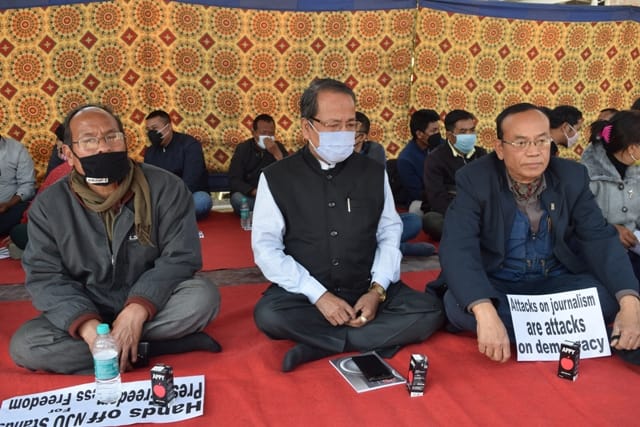 Imphal: A joint meeting of leaders of Civil Society Organisations (CSOs), All Manipur Working Journalists’ Union(AMWJU) and Editors’ Guild Manipur (EGM) was held on Friday at Manipur Press Club to discuss the fallout and the impact of problems within the UNLF.

The meeting disapproved of the manner in which the problems and differences within the UNLF has affected the working of the media. It also decided to appeal to both the groups to resolve their difference at the earliest.

As there are differences within the UNLF, the meeting resolved not to publish any press release issued from the group.

Lastly, the meeting resolved to appeal to all the stakeholders to respect AMWJU and EGM’s Code of Conduct (local Adjustment) so that the media is able to serve the public with freedom.

The Code of Conduct (local adjustment) was adopted on Oct 7, 2001 by the special general body meeting of AMWJU and amended on June 19, 2005 and amended a 2nd time on January 21, 2020 and adopted jointly by AMWJU and EGM.

Meanwhile, Imphal-based print and electronic media continued to cease their daily works as a mark of protest following threat and intimidation by militant groups.