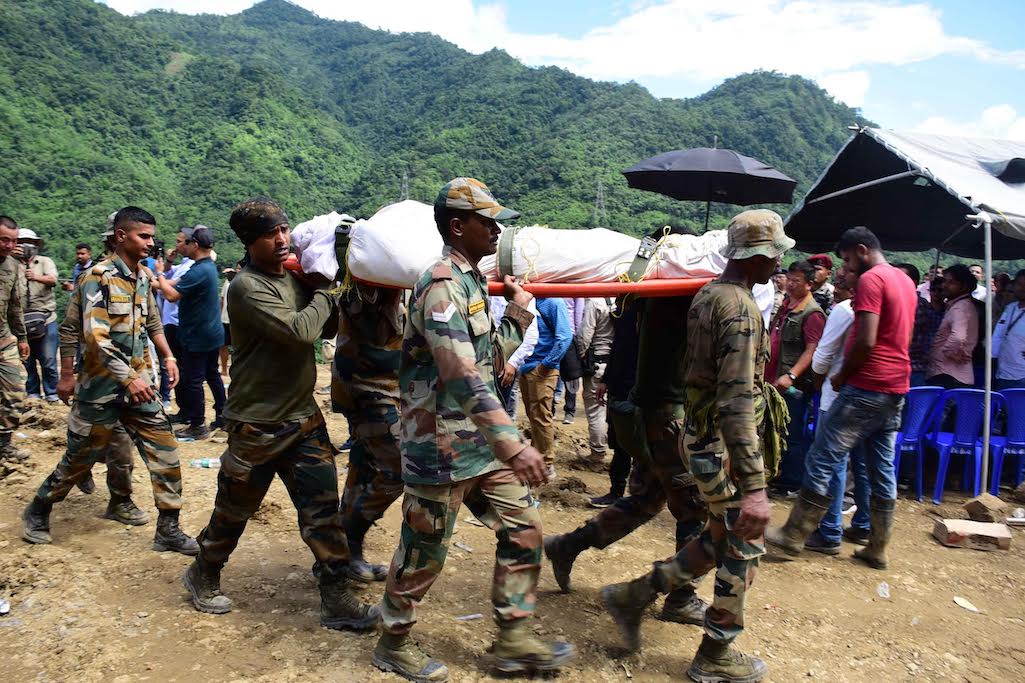 Search operations by Manipur Police, Army, Assam Rifles, Territorial Army, SDRF and NDRF continued at the incident site at Tupul, where a landslide on the intervening night of June 29 and 30 washed away a camp of the Territorial army.

Chief Minister N Biren Singh supervised the rescue operation for the second day and met all those who were involved in the rescue work. About ten columns have been pressed into the search operation.

The synergised and joint operational task force is coordinating the efforts to remove the mud and boulders. A Through Wall Radar was also being inducted by air to detect the presence of personnel buried in the debris.

Biren Singh also visited the Tupul Railway Construction Camp where the landslide occurred. He termed the landslide one of the worst incidents in the state so far.

The Chief Minister said about 81 persons were affected, and 18 rescued. He said the rescue operation team comprising Manipur Police personnel, NDRF, SRDF and Army personnel had recovered eight more bodies during the day in addition to eight bodies found on Thursday.

Due to the soft soil, roads to the actual area of the landslide couldn’t be restored. The state government had put all efforts using possible manpower and machines to recover the missing persons, he added.

The Chief Minister thanked Prime Minister Narendra Modi and Union Home Minister Amit Shah for showing much concern regarding the incident and providing assistance by sending NDRF personnel. He hoped that all the missing persons would be found within the next two-three days. He informed that equipment had been brought from Ladakh by the Army which could locate the whereabouts of the dead bodies using the through wall radar system.