Ganesan also interacted with the family members of the Marangching landslide victims and expressed his deep sorrow and assured to support them especially the orphans in their education. 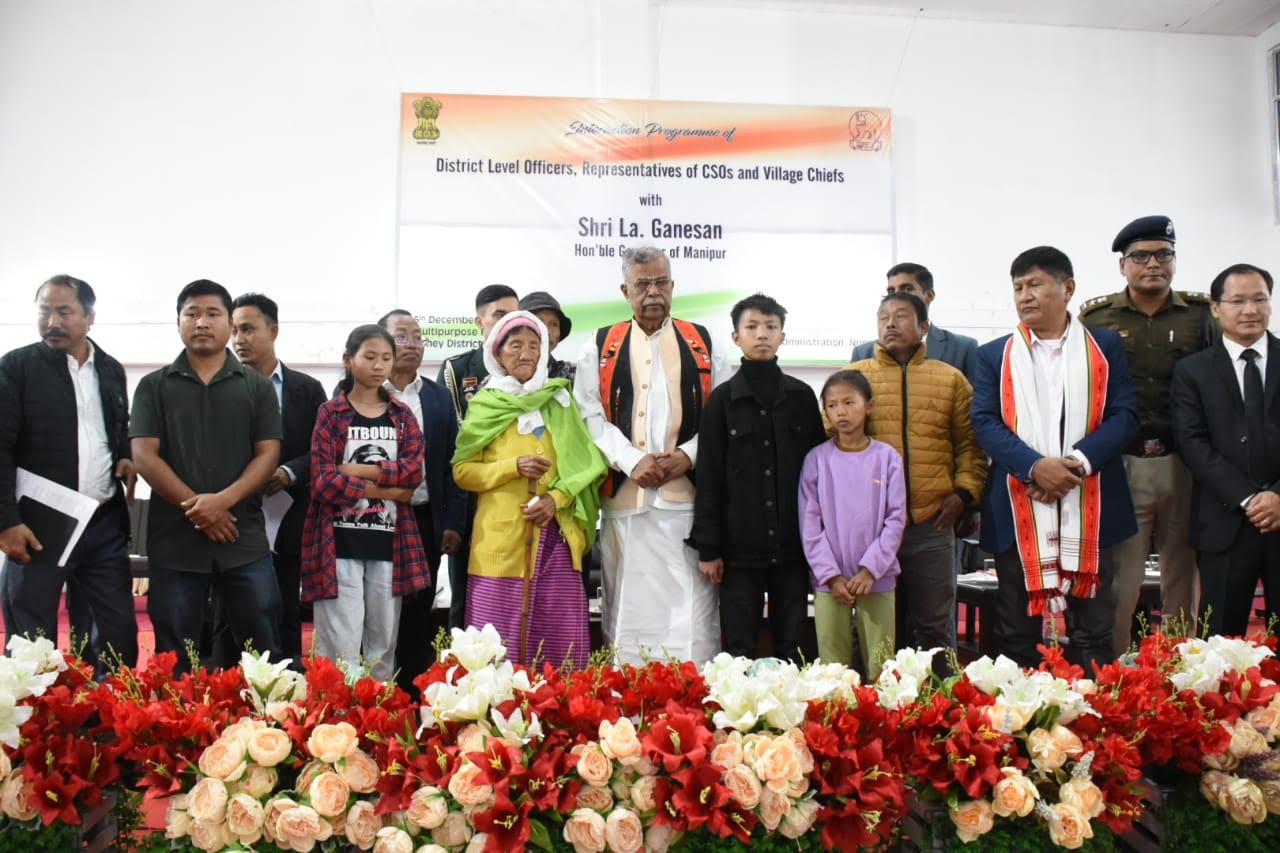 Ganesan also interacted with the family members of the Marangching landslide victims and expressed his deep sorrow and assured to support them especially the orphans in their education.

Speaking at the interaction program held at Multipurpose Hall, Longmai-III in the district headquarters, the Governor said, whatever issues and problems are raised by the people will be studied well and will ask the concerned authorities including the Chief Minister to do the needful at the earliest in the larger interest of the people.

He said, though, Noney district is presently a backward district, it will be one of the developed districts in the State. It is a new district and therefore required infrastructure will be developed. Most importantly, Noney is now included in the country’s rail line, he added.

Governor further said that due to the government’s prompt action and with the people’s full cooperation, the Covid-19 pandemic is almost under control in the State. It was possible only due to the collective responsibility of both the Government and the people living in the State. On TB elimination campaign, La. Ganesan said, as the Centre has already committed to eliminating TB by 2025, we all need to cooperate and contribute for the elimination of the disease.

Stating that a clean India campaign is equally important and also the responsibility of all of us, Governor said, it is a mass movement launched by the Government of India to make India, Clean India. It was the dream of the Father of the nation, Mahatma Gandhi.

Cleanliness would keep everyone happy and healthy in all respects physically, mentally, and socially. He appealed people of the district to maintain cleanliness.

Expressing concern over the increasing number of drug cases in the State, Governor said, some foreign forces are trying to spoil our people, especially the youth by smuggling drugs from across the border like Myanmar. He said, we should not succumb to the threat but to fight the menace. He appealed to people to cooperate the State government’s effort to fight the drug menace.

Later, Governor visited the railway construction sites at the Noney area including the world’s highest per rail bridge and inspected the ongoing works. He asked the railway officials to work as per the stipulated timing of completion. Governor also visited Tupul War Memorial at 107 Infantry Battalion (TA) 11 GR headquarters and paid his homage to the departed souls.