He said filmmakers should make films that would show the diverse and rich culture of Manipur. 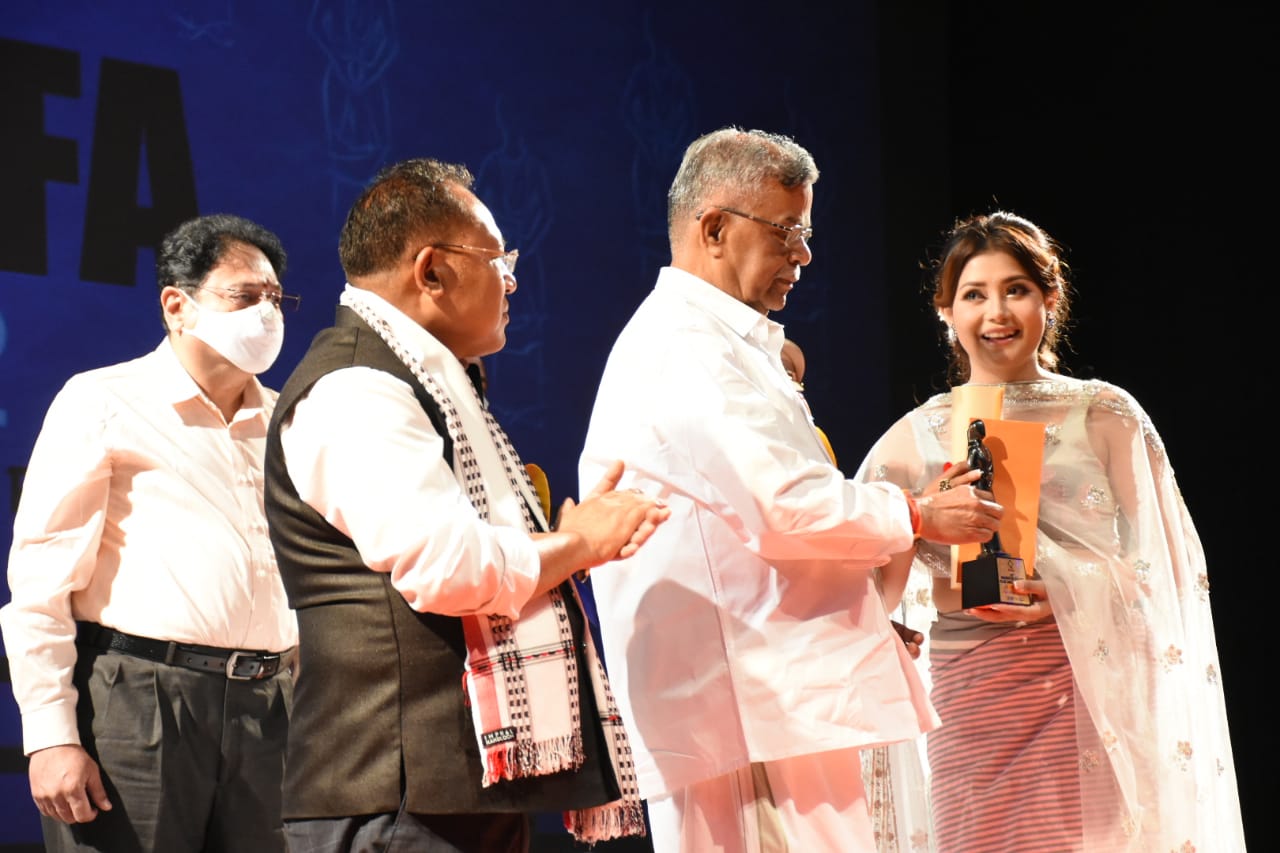 Addressing the gathering, Governor said the awards are given to encourage the people working in film industry of the state.

He said filmmakers should make films that would show the diverse and rich culture of Manipur. This would not only help in saving the culture of the state but also help in spreading awareness to other people living outside the state.

The unsung heroes of Manipur can be made known to the world through this strong media. Governor Ganesan further said that cinema is a very powerful weapon to reach the masses. The reach of the message through cinema is very strong and is easily accessible. Many ideas and views when said through movies are easily accepted by the people. Movies that highlight social issues reach the masses easily and the whole issue attracts more support.

Congratulating the awardees, Governor urged them to make more films that will be remembered by all. Lauding the efforts put to organize the Manipur State Film Awards distribution ceremony by MSFDS, he complimented their sincere works to promote arts and culture in the state. Organizing such events will be a morale booster for everyone in the film industry of the state.

The Governor also expressed confidence that the efforts of the MSFDS will help in elevating the standard of cinema and also in encouraging the young artistes and technicians of Manipur.

Ganesan handed over the Lifetime Achievement Award to renowned filmmaker Laimayum Banka Sharma in recognition of his contribution to Manipuri Cinema. Various Film Awards of different categories were also distributed at the ceremony.

Water Resources Minister Awangbou Newmai while presiding over the ceremony said Manipuri Cinema has been improving considerably. More efforts should be put to develop the quality of the films so that they can compete at the international level, he added.