Observers informed that inspection of expenditure registers of candidates will be conducted three times before poll day. 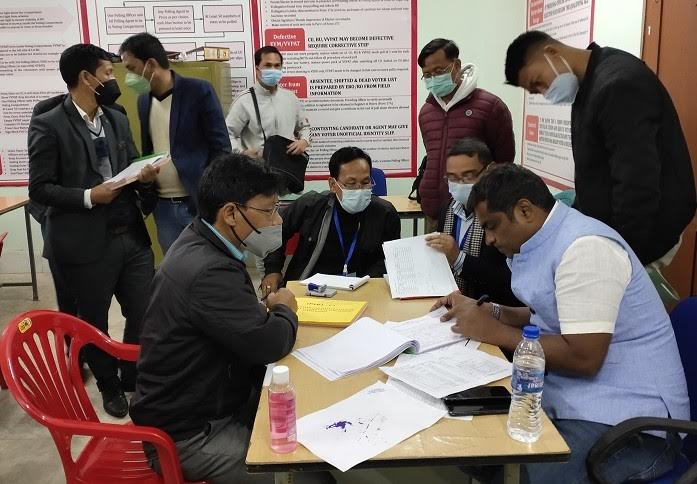 Bishnupur: As part of election expenditure monitoring of contesting candidates for the upcoming Manipur Assembly Election, Expenditure Observers for Bishnupur district, Akta Jain, and Mahesh G. Jiwade, Tuesday inspected the expenditure registers of all 22 candidates in the district at the Mini Secretariat complex in Bishnupur.

Meanwhile, second round of training for polling personnel appointed for poll duty in the district for the upcoming state election commenced today at CI College in Bishnupur. EVM Master Trainers and Assembly Level Master Trainers imparted training on handling of EVMs, Booth apps as well as IT applications and Communications.

The District Election Officer of Bishnupur, L Bikram accompanied by other officials inspected the two-day training. In a meeting convened with District Level Officers and Heads of Departments in the district in connection with the upcoming election earlier on Sunday, the DEO appealed for full cooperation for smooth conduct of election while asserting that disciplinary action will be taken against negligent poll personnel.

Mention may also be made that 1170 polling personnel will be utilized to look after the 234 polling stations in Bishnupur including women-only polling stations on the revised poll day on February 28.