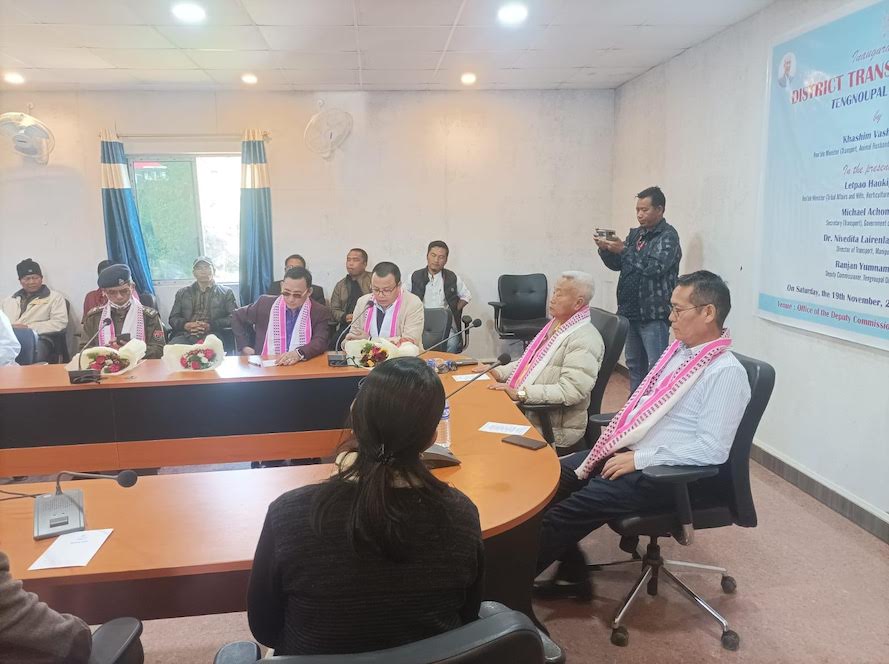 The inauguration function was organised by the Department of Transport, Government of Manipur in the Conference Hall of the office of the Deputy Commissioner.

Speaking at the inaugural function, Minister Vashum said that funds for the construction of the building will be allocated in the next financial year, for the convenience of the public and smooth functioning in the district, the staff of the Transport department is allocated a room temporarily in the DC Complex.

Minister Letpao Haokip; MLA, Tengnoupal AC, Michael Achom; Secretary(Transport), Dr. Nivedita Lairenlxakpam; Director( Transport) and Ranjan Yumnam, DC (Tpl)attended the inaugural function as Guests of Honour and President respectively. The function was also attended by DLOs and staff of the district administration as well as staff of the Transport Department and the public.