On Jan 21, 1972 the states of Tripura, Manipur and Meghalaya became full-fledged states under the North Eastern Region (Re-Organization) Act 1971. 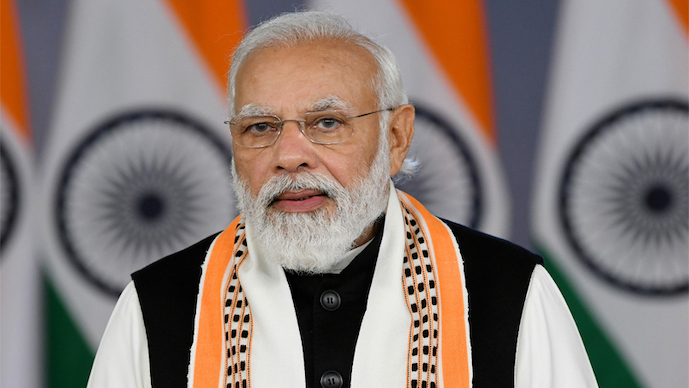 “Manipur deserves peace, it deserves liberation from blockade. This has been a great aspiration of the people of Manipur. Today I am happy that the people of Manipur under the leadership of Biren Singh ji have achieved this,” the PM said on the occasion of 50th statehood day of the state.

The Prime Minister extended greetings to Tripura, Manipur and Meghalaya on their statehood days on Friday.

The PM said that under the ‘double-engine’ government, Manipur is getting long awaited facilities like Railways.

On Jan 21, 1972 the states of Tripura, Manipur and Meghalaya became full-fledged states under the North Eastern Region (Re-Organization) Act 1971.

The Prime Minister reiterated his efforts to get first-hand account of expectations and aspirations of the people of Manipur adding that it enabled him to get a better understanding of their feelings and expectation and find ways to tackle the problems of the state, PMO said in a statement.

He expressed happiness that Manipuri people could fulfil their greatest desire for peace, statement issued by the PMO said.

The PM paid tribute to the sacrifices and efforts of each and every person who contributed to this glorious journey of Manipur adding that the resilience and unity of the Manipuri people in the face of ups and downs of their history as their true strength, the PMO said.

The Prime Minister said that the government is committed to make Manipur the sports powerhouse of the country.

He said that sons and daughters of Manipur have brought laurels in the sports field and in the light of their passion and potential India’s first sports university was established in the state. He also remarked on the Manipur’s youth’s success in the start-up sphere. He underlined the government’s commitment for the promotion of the local handicraft.

The Prime Minister stressed Manipur’s key role in the vision of making the North-East the center of Act East policy.

The Prime Minister said that obstacles in the growth journey of the state have been removed and next 25 years are the Amrit Kaal of Manipur’s development. He concluded by wishing for the state’s double-engine growth.