A father and son were shot at Heirok on December 21 night resulting in the death of the son. 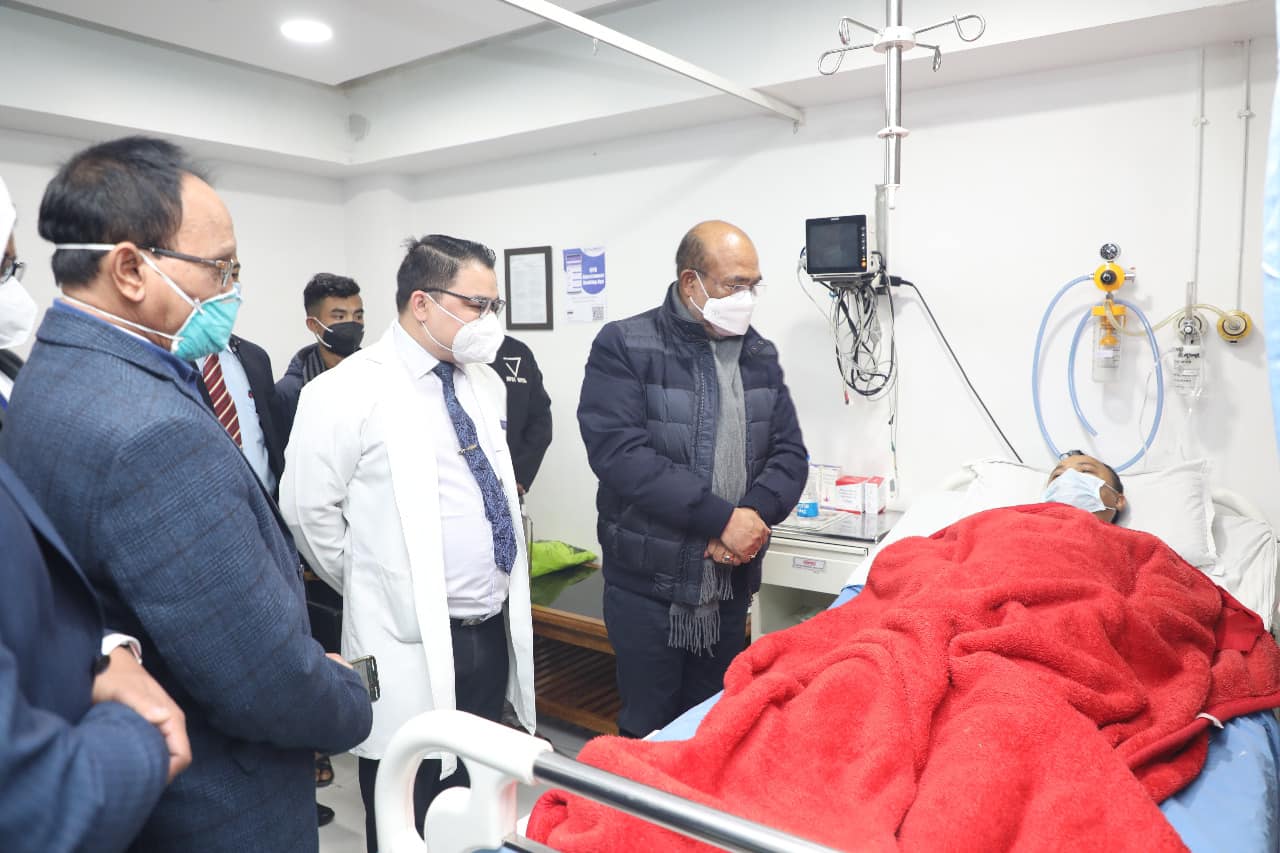 Imphal: Manipur Chief Minister N Biren Singh on Thursday visited Raj Medicity  and met some persons who were injured in a poll related violence at Heirok.

The chief minister after meeting the victims said, “There’ll be no tolerance for violence in our democracy. Praying for their speedy recovery.”

A father and son were shot at Heirok on December 21 night resulting in the death of the son.

The students’ bodies also expressed concern over the increasing poll related violence which have affected the student communities and the people at large. All those involved in the crime should be punished it was demanded.

State assembly Elections are expected to be held early next year.