The Chief Minister also released a book titled “The Mother of Dark Chamber” story of a hornbill couple that nests inside the tree’s cavity written by Dr. Kh. Shamungou. 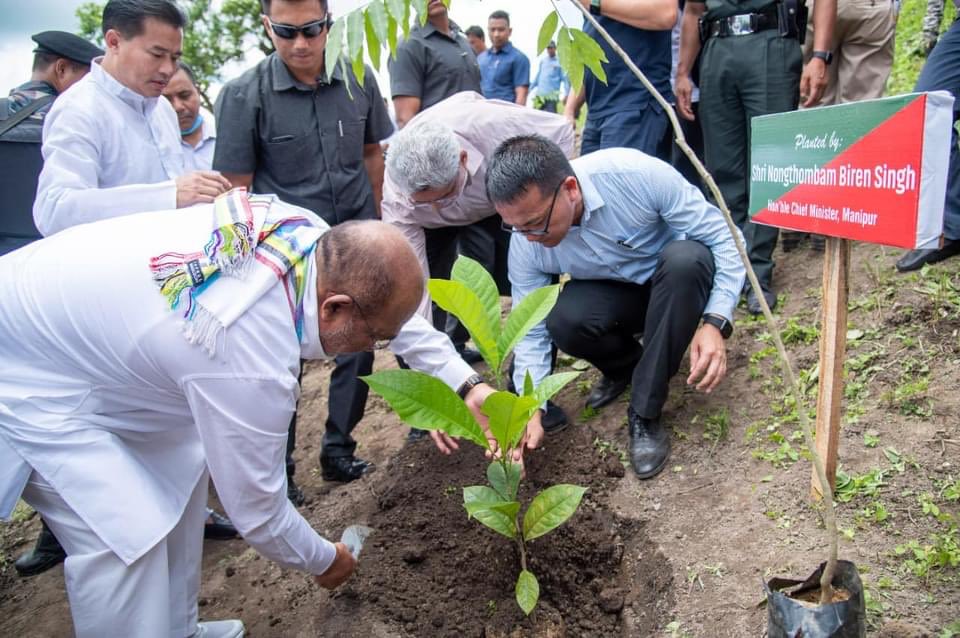 Further, during a formal function held at the Sanamahi Kiyong Community Hall, the Chief Minister also released a book titled “The Mother of Dark Chamber” story of a hornbill couple that nests inside the tree’s cavity written by Dr. Kh. Shamungou.

The Chief Minister also explained that the book could be translated into different dialects. He explained that various communities of the State revere the Hornbill bird and the book will certainly help in bringing a realization amongst the people that even the great hornbill has nowhere to build its home due to deforestation.

Further explaining the need to create awareness for the general public, the Chief Minister stressed that today people are aware of what Reserved Forest, Protected Forest or unclassified forest is, and are getting involved voluntarily in mass tree plantation drives across the State. He further expressed his appreciation for the Forest department and its officials.

There has been a huge change in the manner of governance, N. Biren Singh observed, citing that earlier the Van Mahotsav was celebrated inside the Kangla, but now we are celebrating the Mahotsav at Nongmaiching and Koubru ranges.

He further urged the officers to think for the entire society and not just for the community the officers belong to. He also said that it is the responsibility of an Indian Forest Service officer to spread awareness of the various Forests Acts for the people to understand.

CM Biren also proposed the development of a model roadside view at Waithou.

Further, calling on all to support the government in beautifying the Loktak Lake and safeguarding it for the people, the Chief Minister also urged the people against disturbing the eco-system at Loktak.

The Chief Minister further assured to bring a change in the landscape of the State in the next five years and sought support and cooperation from the people.

Forests, Environment and Climate Change Minister, Thongam Biswajit Singh said we should be deeply concerned by the environmental imbalances.

He said the Van Mahotsav is celebrated to create awareness among the people for forest conservation and to save the environment, he added.

Further, seeking the fromsupport drivesof the public, the Minister said that government action is not against any community or individual but for the collective welfare of the people.

He said that the department will achieve the Chief Minister’s target of 75 lakh saplings plantation by August-end.

Member of Parliament, Rajya Sabha Maharaja Leishemba Sanajaoba encouraged the general public to plant trees stating that we are all aware of the benefits of tree plantation.

Principal Chief Conservator of Forests, Dr AK Joshi, in his key-note address said that the Chief Minister has not only taken a special interest in carrying out mass plantation drivesstate across the the State, but has been constantly motivating the staff and officers of the department.