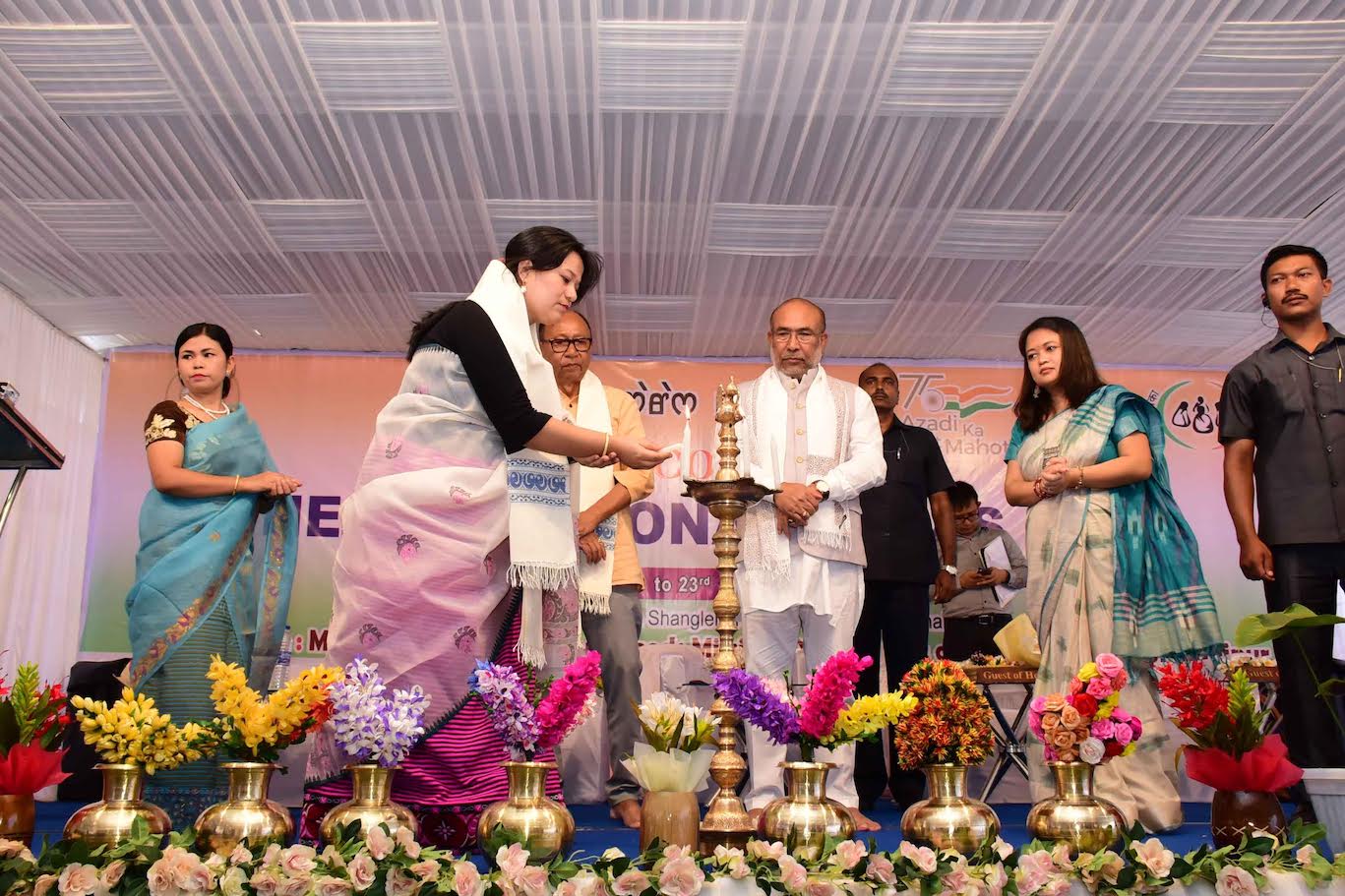 Biren Singh expressed that contributions of both men and women of a family are needed to lead a quality life, adding that women are playing a bigger role in the development of a society.

He recalled the contribution of Manipur women during the Nupi Lal (women’s war) and the freedom struggle and further added that tribal communities are now taking a greater part in nation building.

Informing that more than 41,000 tribal entrepreneurs of the State had been benefited under the Pradhan Mantri Van Dhan Yojana.

Biren maintained that the aim of the present Government is to ensure access to quality and secured life by its people.

Stating that the law and order of the State has considerably improved, he added that the State Government has been putting in every possible effort to maintain peace in the State.

The Chief Minister expressed happiness on learning that various SHGs have obtained FSSAI approval for their products and also accessing the market platforms like Amazon for selling their products.

He further stressed the need for improved value addition of our farm produce, proper and hygienic packaging so that the products could be exported outside the State.

The chief minister informed that the State Government was considering setting up marketing platforms for various products produced by certain SHGs.

He also assured to extend every possible help from the Government.

Mentioning that many officials from G20 member countries are visiting Manipur regarding the G20 Summit next year, he stated that he would try to make arrangements for showcasing the products

of various SHGs under MSRLM and TRIFED to the visitors.

Members of various SHGs are gaining knowledge on income, expenditure and savings, he added.

He also appreciated the Chief Minister for his initiatives taken up for welfare of the people and for releasing the funds of MSRLM timely.

The Chief Minister launched various products of SHGs from different parts of the State and also inspected the stalls set up by various SHGs, Village Level Federations and Cluster Level Federations showcasing their products.