The Inaugural Function which was held at the Auditorium of JNIMS was organised by Directorate of Health Services, Government of Manipur. 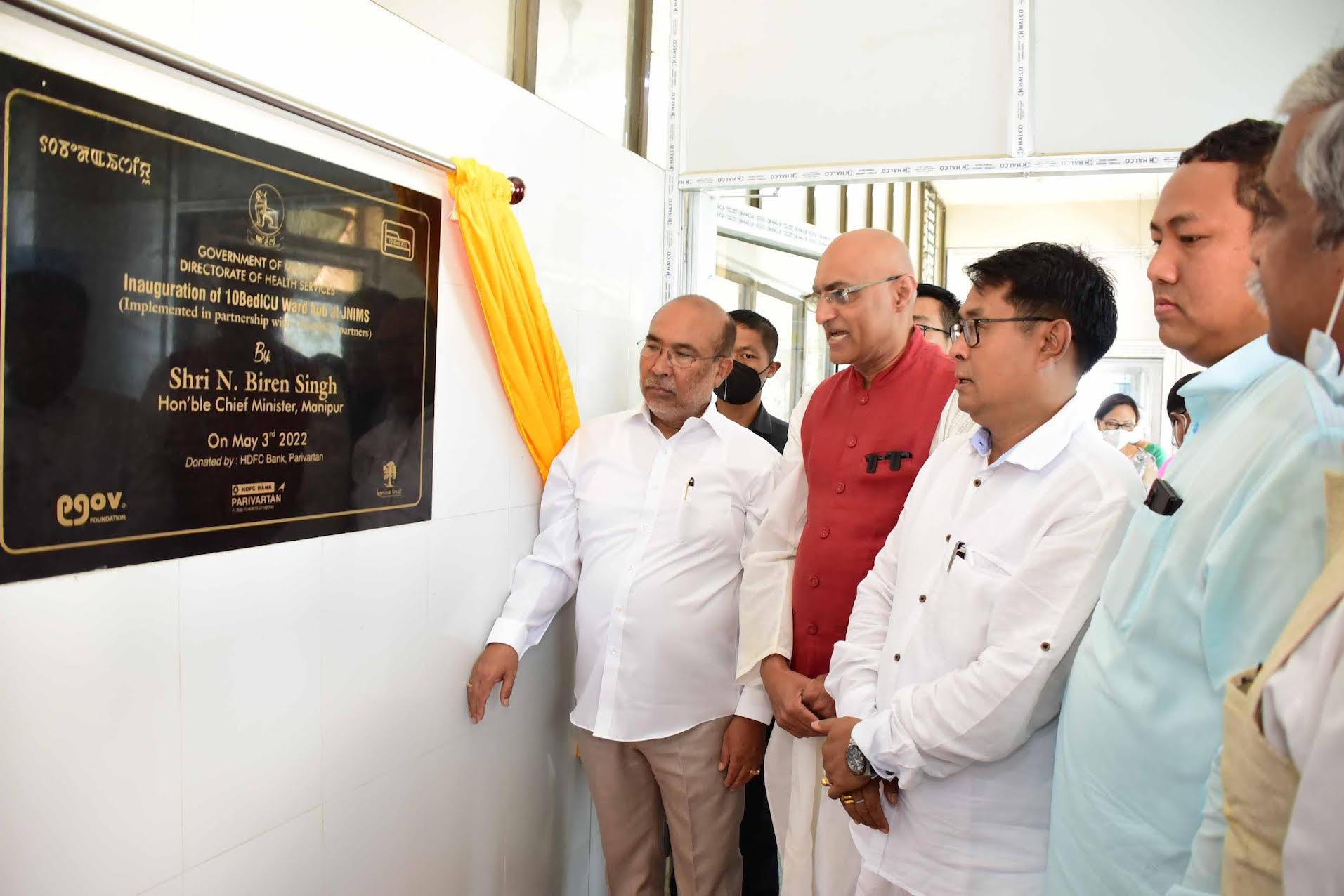 The Inaugural Function which was held at the Auditorium of JNIMS was organised by Directorate of Health Services, Government of Manipur.

With the TeleICU facilities, patients being treated at Intensive Care Units of Districts hospitals and other TeleICU supported hospitals will be able to access observation by specialist doctors through the TeleICU Hub set up at JNIMS. JNIMS will act as the teleconsultation hub. It will share expertise and provide handholding support to the doctors in District Hospitals in the delivery of critical care services in rural areas.

Speaking at the inaugural function, N. Biren Singh lauded the team of 10 Bed ICU project for taking up such a useful initiative to provide humanitarian service to the people. He added that the TeleICU would help address, to some extent, the problem faced due to the shortage of specialist doctors at health centres in different districts. He expressed his appreciation for the use of quality equipment and machines for the TeleICU Hub at JNIMS.

Stating that health should be the first priority, he maintained that there shouldn’t be any compromise on the quality of equipment procured for use in hospitals and health centres. He stressed the need to perform one’s duties sincerely, maintaining professional integrity and ethics. Mentioning that doctors and nurses are no less than God to their patients, he appealed to them to freely come up with their grievances, if any, but not resort to any form of disturbance to their humanitarian service to patients.

Continuing that the State had witnessed development in many sectors, the Chief Minister informed that the State Government had been discussing setting up a hospital at AIIMS level and added that sanction for construction of a maternity hospital had been accorded. He also expressed his Government’s strong stand against corruption in any form and stressed the necessity of giving awareness against corruption so that the same could be rooted out from grass root level.