N. Biren further stressed that the people of the State are overwhelmed with joy by the words of Shri Amit Shah for giving so much respect and honour to our forefathers and freedom fighters of Manipur. 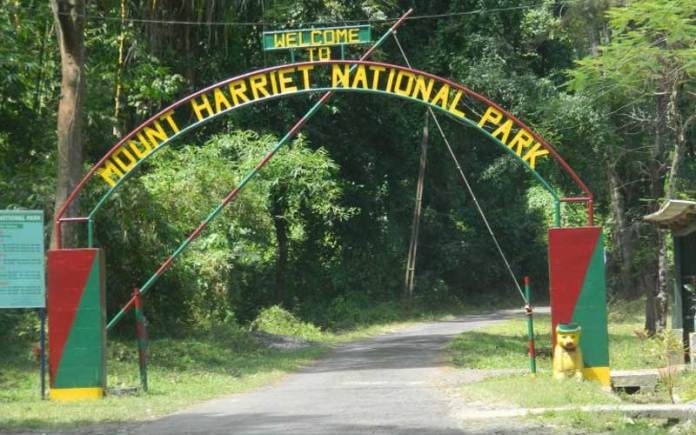 Imphal: Expressing deep appreciation and gratitude to Prime Minister Narendra Modi, Home Minister Amit Shah and other Central leaders over the renaming of ‘Mount Harriet’ at Kalapani in Andaman and Nicobar Islands to ‘Mount Manipur,’ Chief Minister, N. Biren Singh said that it is indeed a proud moment for the people of Manipur.

Speaking to media persons at Chief Minister’s Secretariat today, N. Biren Singh said that after the announcement of the renaming of ‘Mount Harriet’ to ‘Mount Manipur’ by Union Home Minister Amit Shah yesterday at Port Blair, the people of Manipur are overwhelmed with joy and happiness. He stressed that Amit Shah also paid rich tribute to Maharaj Kulachandra and 22 other martyrs of Anglo-Manipur War 1891 who were exiled and jailed in Kalapani after the Britishers witnessed their great courage, spirit and love for their motherland. On behalf of the people of Manipur and the government, the Chief Minister expressed his happiness and gratitude for such a priceless gift to the people of Manipur.

N. Biren further stressed that the people of the State are overwhelmed with joy by the words of Shri Amit Shah for giving so much respect and honour to our forefathers and freedom fighters of Manipur. He mentioned that the Union Home Minister also praised the valour and selfless sacrifice of our forefathers who fought valiantly against mighty British forces knowing that they would be defeated. Amit Shah also recognised the then political status of Manipur and mentioned that Manipur had its own written Constitution before it merged with the Indian Union, he added.

The Chief Minister announced that a candle-lighting celebration will be held today across the State to show deep appreciation.
Maintaining that historical fact can never be distorted, N. Biren Singh said that some vested groups are attempting to distort the history of Manipur. He appealed to all concerned to stop such ill practice immediately as it could hurt the sentiments of other communities and affect the integrity of the State.

It may be noted that Amit Shah made the announcement on Saturday, as a part of Azadi ka Amrit Mahotsav, while addressing a public rally at Port Blair in Andaman and Nicobar Islands in honour to the freedom fighters from Manipur. He also added that the Central government would assist the Manipur government in establishing a memorial site at Mount Manipur.