On his demise, Manipur has lost a great leader and a sincere politician, Biren added. 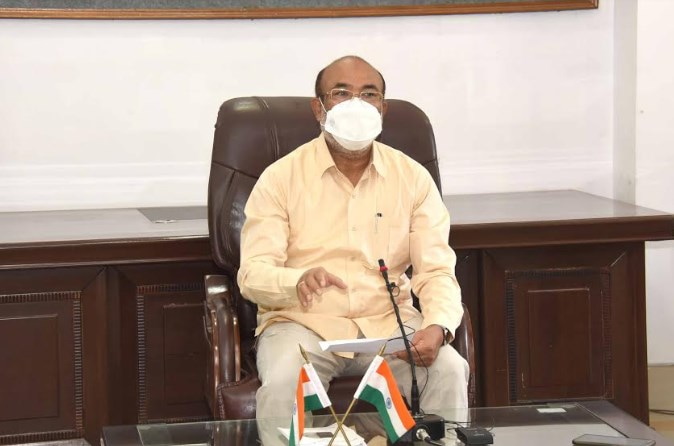 Vivekraj was elected to the Manipur State Legislative Assembly in 2002 from Kshetrigao Assembly Constituency (AC) and also served the people of the State as Minister.

Vivekraj Wangkhem was the son of the former MLA of Kshetrigao AC and film actor late Basanta Kumar Wangkhem. He was the National General Secretary of the National People’s Party (NPP).

Stating that Vivekraj had a remarkable record of good service and good works, the Biren said he was a leader whose humility, contributions and generosity will always be remembered by the people of the State. On his demise, Manipur has lost a great leader and a sincere politician, he added.

On behalf of the Government, I convey my deepest condolence and sympathies to the bereaved family and pray that God may give them the strength to withstand this loss, the Chief Minister said.

Their absence will surely leave a vacuum in the political scenario of Manipur, said Satyabrata.

“I express my sincere condolences to the bereaved family, friends, admirers, all near and dear ones. May their souls rest in eternal peace,” the Minister added.