N. Biren Singh stated that ADCs are part of the State Government and work under its purview. 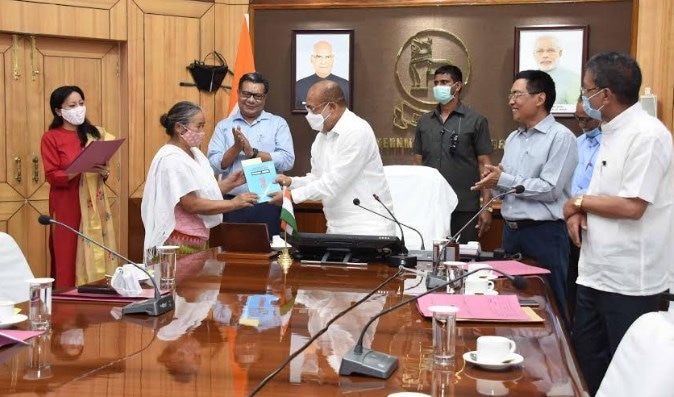 Speaking on the occasion, N. Biren Singh stated that ADCs are part of the State Government and work under its purview. Keeping in view for the welfare of the employees of ADCs and their livelihood after retirement, the State Cabinet had introduced and approved the implementation of Old Pension Scheme (OPS) to employees of six ADCs on 4th December, 2018, he added.

He further stated that a separate Pension Cell for ADCs had been created under the Directorate of Tribal Affairs & Hills and the same had started functioning with effect from 4th November, 2019 with engagement of one Sr. Accountant and three Accountants.

He informed that the Pension Scheme had covered 3,273 employees of six ADCs, out of which around 800 employees had retired and 110 had expired. As on 31st March, 2021, Provisional Gratuity had been disbursed to 157 employees of six ADCs and the Finance Department had also given concurrence to 15 expired employees for payment of Pensionary benefits through Treasury concerns, he added. He further informed that an amount of Rs 25 crores and Rs 30 crores had been allocated in the budget for payment of pension for the year 2020-21 and 2021-22 respectively.

N. Biren urged the employees of ADCs to attend office regularly and render their services actively as they are now getting pension benefits as other State Government’s employees do. He further appealed to maintain transparency in performing their duties for bringing overall development in the State.

Manipur Police collect over Rs 1.5 crore in its drive against SOP violators