The Chief Minister, who is also in-charge of Home Department, was replying to a Calling Attention raised by MLA Kh Joykishan Singh. 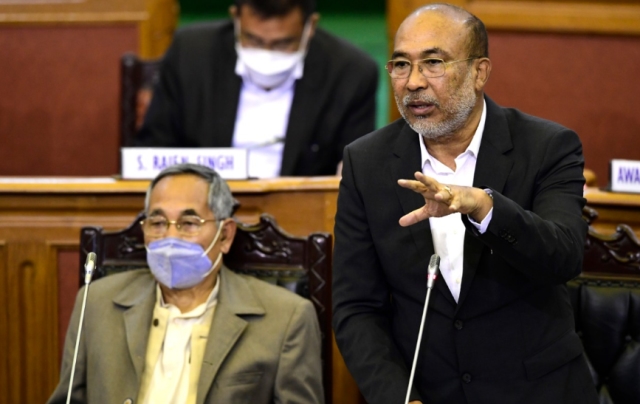 Imphal: Chief Minister N Biren Singh informed the House that a four-member Special Investigation Team (SIT) headed by Superintendent of Police, Imphal West has been constituted to probe into the grenade attack at the office of local vernacular daily newspaper Poknapham and its sister publication The People’s Chronicle at Keishampat on February 13.

The Chief Minister, who is also in-charge of Home Department, was replying to a Calling Attention raised by MLA Kh Joykishan Singh.

Strongly condemning the cowardly attacks upon the media, the fourth pillar of democracy, N. Biren Singh gave assurance to nab the culprits involved in the incident at the earliest and informed that an FIR has been already lodged regarding this incident. He also stated that the state government has taken steps to deploy security personnel at the office of media houses.

N Biren Singh also fervently appealed to all the media houses and all the media professionals in the State to resume its service in the public interest as media plays an important role in the dissemination of important news and information to the general public at all times.