The Cabinet expressed its gratitude to the Election Commission of India and its functionaries for the successful conduct of the General Election in the State. 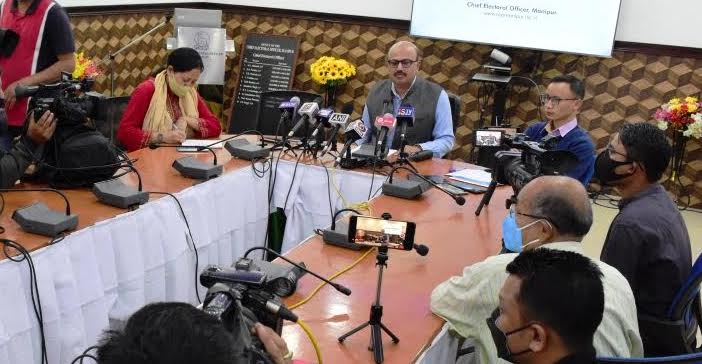 Imphal: The Manipur Cabinet met on Friday and resolved to tender resignation of the Council of Ministers to the Governor as the results of counting of votes for the General Election to the 12th Manipur Legislative Assembly were announced.

It also expressed to the Governor for the profound satisfaction in having served under him in the last Ministry. Chief Minister N Biren Singh has submitted his resignation and will continue to serve as the Caretaker Chief Minister.

The Cabinet expressed its gratitude to the Election Commission of India and its functionaries for the successful conduct of the General Election in the State.

The Cabinet also thanked all the functionaries, officials and employees of the State Government for their hard work and dedication in the conduct of the election.

The State Cabinet also expressed its gratitude to the Central leadership for their unwavering support and guidance to the State Government in ensuring smooth and efficient implementation of Government programmes and schemes for inclusive development in Manipur and welfare of its people.

The Cabinet took note of the various incidents of violence reported during the election process and strongly condemned such incidents.

The Cabinet further condoled the unfortunate death of individuals in election related incidents.

Lastly, the Cabinet expressed its gratitude to the people of Manipur for having placed their trust and confidence in the vision of the BJP led Government in Manipur during the past 5 years since 2017 towards building a new Manipur.