The blast occurred around 3 AM near a shopkeeper’s godown, damaging its gate. 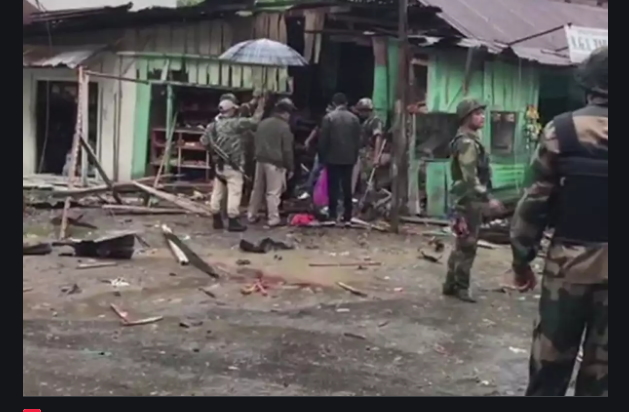 Imphal: A powerful IED blast caused damages in the Telipati area of this capital city of Manipur in the wee hours on Wednesday, police said.

There were, however, no reports of any injuries.

The blast occurred around 3 AM near a shopkeeper’s godown, damaging its gate.

Police rushed to the blast site and cordoned off the area.

A probe has been started.