The initiative has been taken up by the government considering the instances that government quarters, including Guest Houses, Government Buildings etc, are either illegally occupied or sub-let to unauthorised occupants by the employees 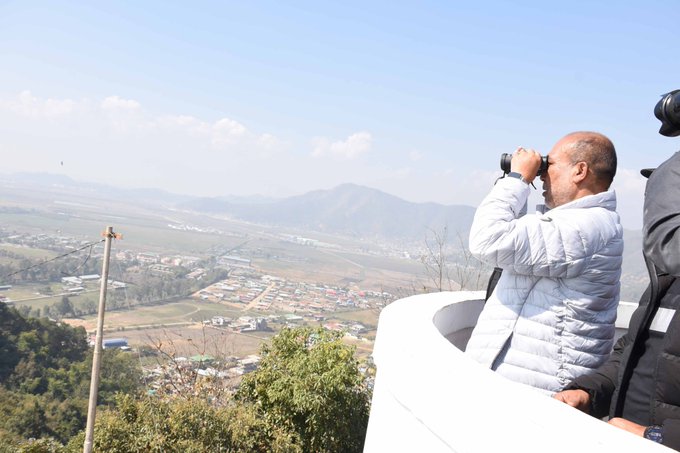 Further, the State Government has warned that if Government employees or some other private parties/persons are found either occupying Government Quarters un-authorized or sub-letting to someone else,  strict disciplinary actions like suspension of the concerned Government Employees as deemed fit under the appropriate sections of the CCS (CCA) Rules will be initiated. If the unauthorised occupants are found to be private parties/individuals, then they will be booked under the appropriate Law in force and even FIRs will be lodged against them and prompt punitive action will be taken up against them.

On the basis of the findings of the Verification Teams and on the request of the Works Department, many government departments have started suspending erring staff/ employees under them to initiate disciplinary proceedings.

On verification of Government Quarters at Langol Housing Complex at Sectors A, B & C, 28 unauthorised illegal occupations of Quarters have been identified so far. Out of the 28, the State Government has placed three employees including S.D. Erengnei Chiru, Ward Attendant, PHC Moreh, P. Thanga Guite, Grade-IV, JNIMS, Porompat, and T. Subol Singh, Physical Education Teacher of Youth Affairs and Sports Department under suspension for subletting the Government Quarters allotted to them. Necessary actions are being initiated against the remaining 25 employees and un-authorised illegal occupants.

It may be mentioned that Commissioner (Works) Government of Manipur had also earlier issued a letter to all concerned Administrative Secretaries and concerned Heads of Department asking to take immediate disciplinary proceedings such as suspension etc, against the Government employees (allotees) who have sublet the Government Quarters to unauthorised persons as deemed fit under the relevant provisions CCS (CCA) Rules, 1965 and Allotment of Government Residences (General Pool in Imphal) Rules, 1989 or any other appropriate rules/ standing instructions of the State government.

Administrative Secretaries of certain Departments having Departmental accommodation/ residential buildings in Imphal and other locations shall also have the Quarters inspected and verified within one week and action was taken against any unauthorised occupants.