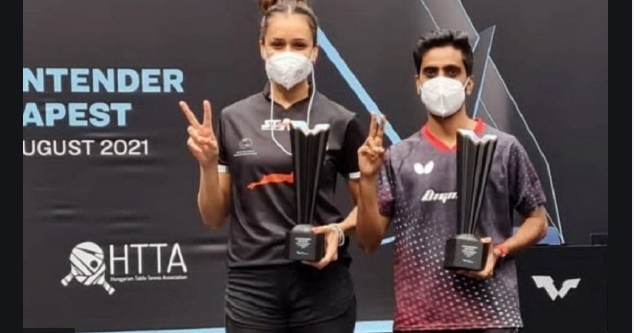 Lasko: Indian Table Tennis star Manika Batra aimed at adding another title to her kitty, as the star paddler reached the Women’s doubles final with her partner Archana Kamath at the WTT Contender 2021 here.

Manika and Archana will be up against Melanie Diaz and Adriana Diaz of Puerto Rico in the final on Sunday.

This will be Manika’s second WTT contender title, as she claimed mixed double title in Budapest partnering with Sathiyan Gnanasekaran and became the first Indian pair to clinch a mixed title at WTT Contender.

Earlier in the tournament, the mixed duo of Manika Batra and Sathiyan Gnanasekaran was ousted in Round 16.

In the men’s singles, Sathiyan Gnanasekaran’s campaign ended in the pre-quarterfinal after he went down to Jon Persson of Sweden by 3-1.