The incident took place at Kumudiyankuppam near Panruti in the district. 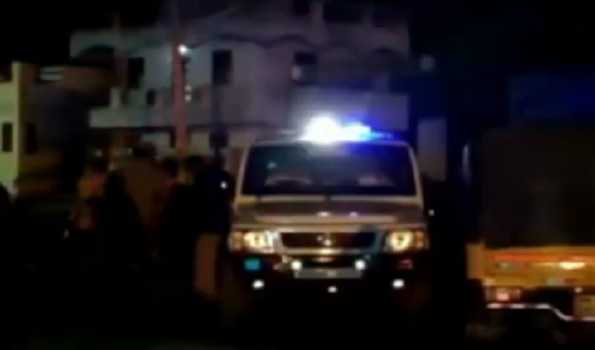 Chennai: In an act of revenge killing, a man, who beheaded a history-sheeter, was killed in an encounter with the police within a few hours of the incident in Cuddalore district of Tamil Nadu on Wednesday.

The incident took place at Kumudiyankuppam near Panruti in the district.

Police said a history-sheeter Veera, who runs a fruit shop and was the prime accused in the killing of one Satishkumar seven years back, was brutally hacked to death by a ten-member gang late last night to avenge the murder. Veera’s killing was orchestrated by Krishna, who is the cousin brother of Satish Kumar. Veera was returning home from his shop when the gang waylaid him and hacked him to death. The gang then beheaded him, left the torso on the spot, and dumped his head in front of the house of Satish Kumar.

Cuddalore district Superintendent of Police M Sree Abhinav said, acting on information, special teams were formed and they tracked four members of the gang involved in the murder of Veera within a few hours.

Early this morning, Krishna, who was one of the four nabbed by the police, was taken to the spot where Veera was killed to recover the weapons, when he attacked police Sub-Inspector Deepan with a sickle on his hand and ankle.

Both the bodies were shifted to Government hospital for post mortem.

Police have registered a case and are investigating. With agency inputs