Bansal said it is a fit case to dismiss Jena from service considering the gravity of the misconduct committed by her. 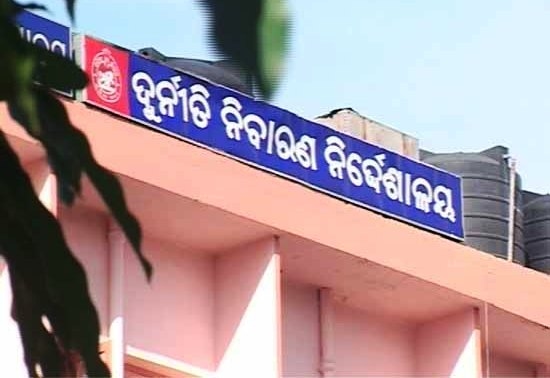 Bhubaneswar: Odisha DGP S K Bansal on Friday dismissed a lady Vigilance Inspector of Sambalpur Vigilance Division from service for demanding a bribe from a senior state government public functionary and threatening him with criminal action if he failed to pay the bribe.

Manasi Jena in connivance with her associate Mukesh Sahu has been found demanding a bribe of Rs 20 lakh from a senior state government public functionary to close a petition against him pending with her and threatening him with criminal action if he failed to pay the bribe as she had demanded.

Later Jena and Sahu were arrested and forwarded to the Court of Special Judge Vigilance Sambalpur on May 14, 2022.

The DGP said after analyzing the facts and circumstances of the case and due application of mind he concluded that Manasi Jena deserved to be dismissed’’ and ordered her dismissal with immediate effect.

Bansal said it is a fit case to dismiss Jena from service considering the gravity of the misconduct committed by her. He said any punishment less than the dismissal from service would not meet the end of justice.

The DGP said Jena, a Vigilance Officer is expected to display integrity and her indulgence in such criminal activity shows her disregard for the ethos of the Vigilance organization and is at variance with the anti-corruption duties and responsibilities entrusted to her.

The DGP said it is not practicable to hold an impartial departmental inquiry as Jena under suspension now yields sufficient clout to intimidate the witness and to tamper with the evidence to prolong the inquiry.

So in larger public interest in the exercise of powers conferred under Article 311(2) (b) of the Constitution, the DGP said, he ordered the dismissal of Manasi Jena from service with immediate
effect.