The La Palma airport reopened after a one-day pause due to the volcanic eruption. 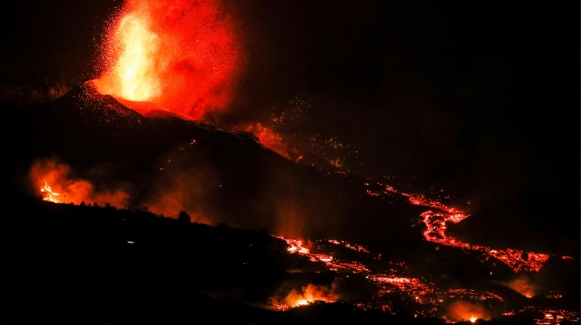 Madrid: Residents of the Canary island of La Palma are being advised not to leave their homes as lava from the erupting volcano is moving closer to the sea, the Island Council of La Palma said on Sunday.

On Sunday morning, the La Palma airport reopened after a one-day pause due to the volcanic eruption.

The volcano on La Palma has been erupting for over a week. The lava is said to have destroyed more than 400 buildings, most of them residential ones. More than 6,000 people have been evacuated from the disaster zone, but some of them have been allowed to return home.

The Institute of Volcanology of the Canary Islands forecasts that the eruption could last from 24 to 84 days.