In an hour-long media briefing, the CM criticised the Governor, saying 'his actions have crossed all constitutional limits and do not suit the dignity of the gubernatorial office'. 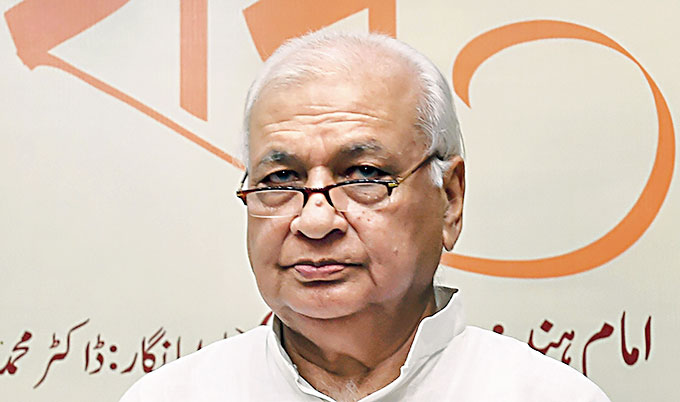 Thiruvananthapuram: Kerala Chief Minister Pinarayi Vijayan on Wednesday replied to Kerala Governor Arif Mohammad Khan in response to his yesterday’s press conference where he had raised a series of allegations against the State government and the Chief Minister.

In an hour-long media briefing, the CM criticised the Governor, saying ‘his actions have crossed all constitutional limits and do not suit the dignity of the gubernatorial office’.

He minced no words in saying that the ‘Governor should not work as an agent of the Central Government’.

“He cannot refuse to honour the decisions of the cabinet and hold the bills indefinitely. As a Governor, he is sworn to preserve, protect and defend the constitution. The Constitution stipulates that the Governor should act with the help and advice of the Cabinet but here, he is on an open collision with the government which is anti-constitutional.”

The CM also chided the Governor for praising the RSS. “Shri Arif Mohammad Khan can visit or meet the RSS Chief, Shri Mohan Bhagwat in his personal capacity but meeting him in his role as a Governor was inappropriate,” he added.

The general public and the Left in Kerala have a definite attitude towards the RSS as they are advocates of communalism, hatred and sectarianism.

It is unacceptable to anyone who has a sense of democracy and faith in the basic values upheld by the Constitution.

Referring to the incident at the Historical Congress at Kannur three years back, the Chief Minister came out in support of the noted historian, Irfan Habib.

The event was held at a time when there were protests against the CAA. Sangh Parivar is constantly trying to marginalize minorities by distorting history and rewriting medieval history in favour of RSS and Irfan is a person who fought against this in every forum.

“The RSS has been hunting that historian, who came forward fearlessly to speak out his own opinions and historical facts at every forum.”

Irfan Habib and prominent historian, Dr Gopinath Ravindran, are on the ‘hated’ list of RSS and hence, the Governor was speaking against them.

He also defended the decision to reappoint him as the Calicut University Vice-Chancellor.

A key factor in the ongoing dispute between governors and state governments across the country is over the appointment of vice-chancellors in universities. The Sangh Parivar’s agenda is to take control of the higher education sector and thereby create the history they want in India in their own way.

For them, universities are their political laboratories. In Rajasthan, Tamil Nadu and Bengal, all governors are trying to appoint VCs with Sangh Parivar connections in universities. Any attempt to do so in Kerala will be opposed strongly, the CM added.

Calling a press conference at the Raj Bhavan was an unusual event not just in Kerala but also in the country. The Governor can have disagreements with the government and that can be communicated through proper channels.