Addressing a public function and rally at Kozhikode beach, Nadda said that the Christian community also expressed their concern over 'narcotic Jihad'. 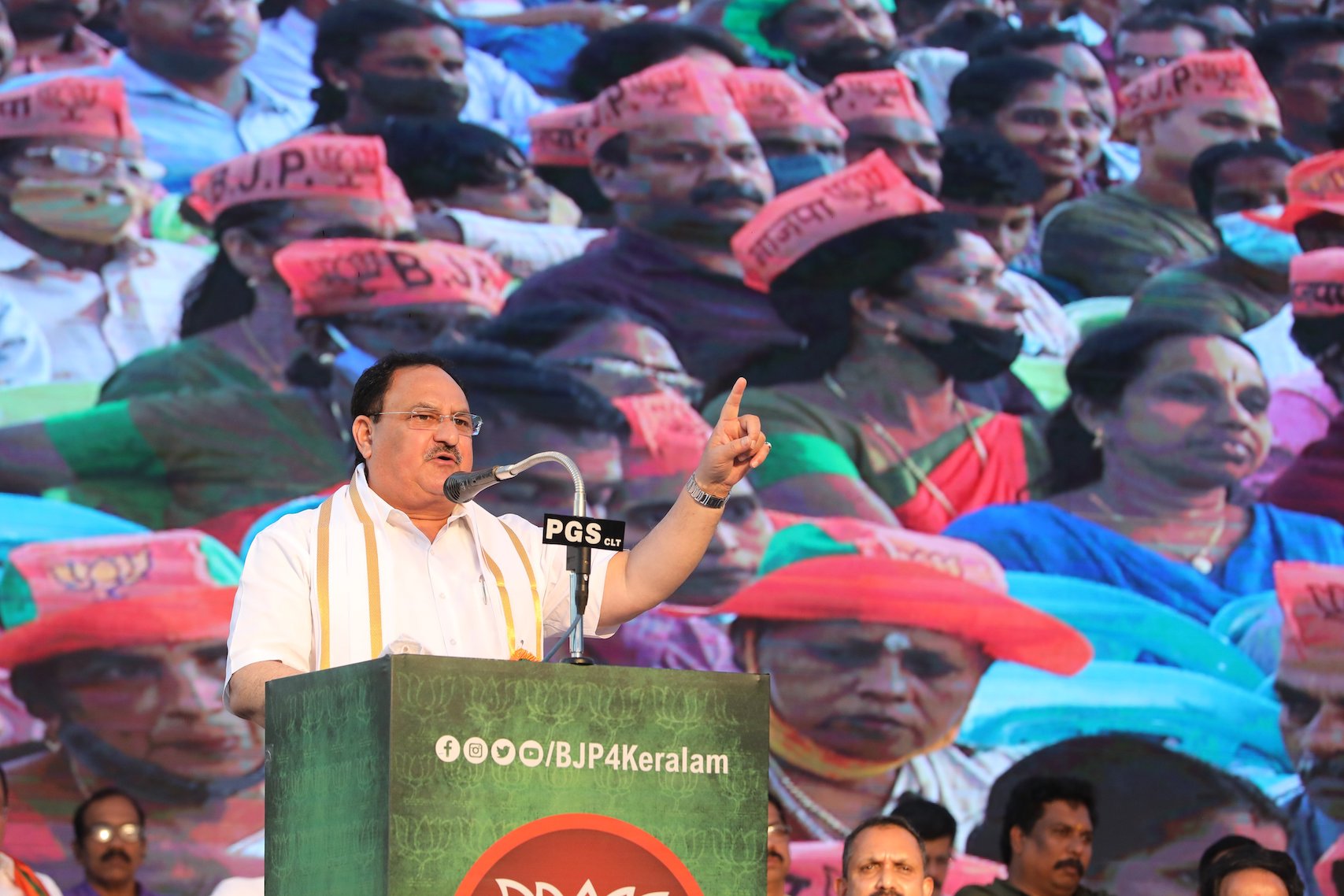 Addressing a public function and rally at Kozhikode beach, Nadda said that the Christian community also expressed their concern over ‘narcotic Jihad’.

The LDF government is showing partiality to one section of people while the majority section was being ignored and this led to the division of society, he alleged.

Stating that the anti-national elements were getting suspected political patronage in Kerala, Mr Nadda said “Kerala will not be able to go ahead like this for a long period.”

Prime Minister Narendra Modi-led NDA government is keen to wipe out such anti-national forces from the country, he added. BJP will become a major force with the support of the people of Kerala, he claimed.

Earlier, a warm reception was accorded to JP Nadda at Karipur airport by BJP supporters. He also met Thamarassery Bishop Mar Remigiose Inchanniyal at Bishop house and discussed the farmer’s issues in Kerala.