He said the person who attempted a sacrilege at the Golden Temple must have been sent by someone influential to foment tension. 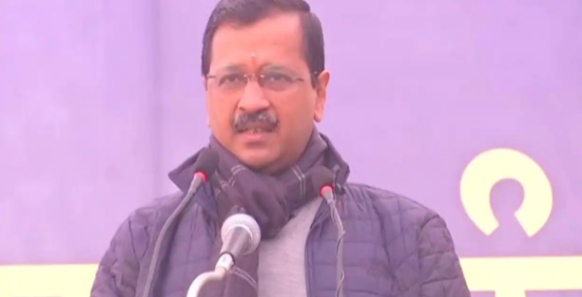 Kapurthala: Taking potshots at the Congress government in Punjab, Delhi Chief Minister and Aam Aadmi Party (AAP) leader Arvind Kejriwal on Friday alleged a conspiracy behind the cases of sacrilege and the Ludhiana explosion.

“There is a weak government in Punjab. They (ruling party leaders) are fighting amongst themselves. Punjab needs an honest and strong government which can act against those indulging in conspiracies,” he said.

Asserting that such incidents will keep taking place until a strong government takes over, the AAP chief reached out to the people promising an honest, strong and stable government that will bring the culprits to book in all cases.

He said the person who attempted a sacrilege at the Golden Temple must have been sent by someone influential to foment tension.

Stating that there were several cases of sacrilege over the last five years, Kejriwal said the “weak government” in Punjab has failed to crack the whip.

Slamming the ruling party over the drug menace in Punjab, the Delhi Chief Minister said the Congress during the previous poll campaign had promised to wipe out the mafia within a month of forming the government.

“During five years, one FIR is registered and Chief Minister Charanjit Singh Channi and State Congress chief Navjot Singh Sidhu are boasting about it,” he said.