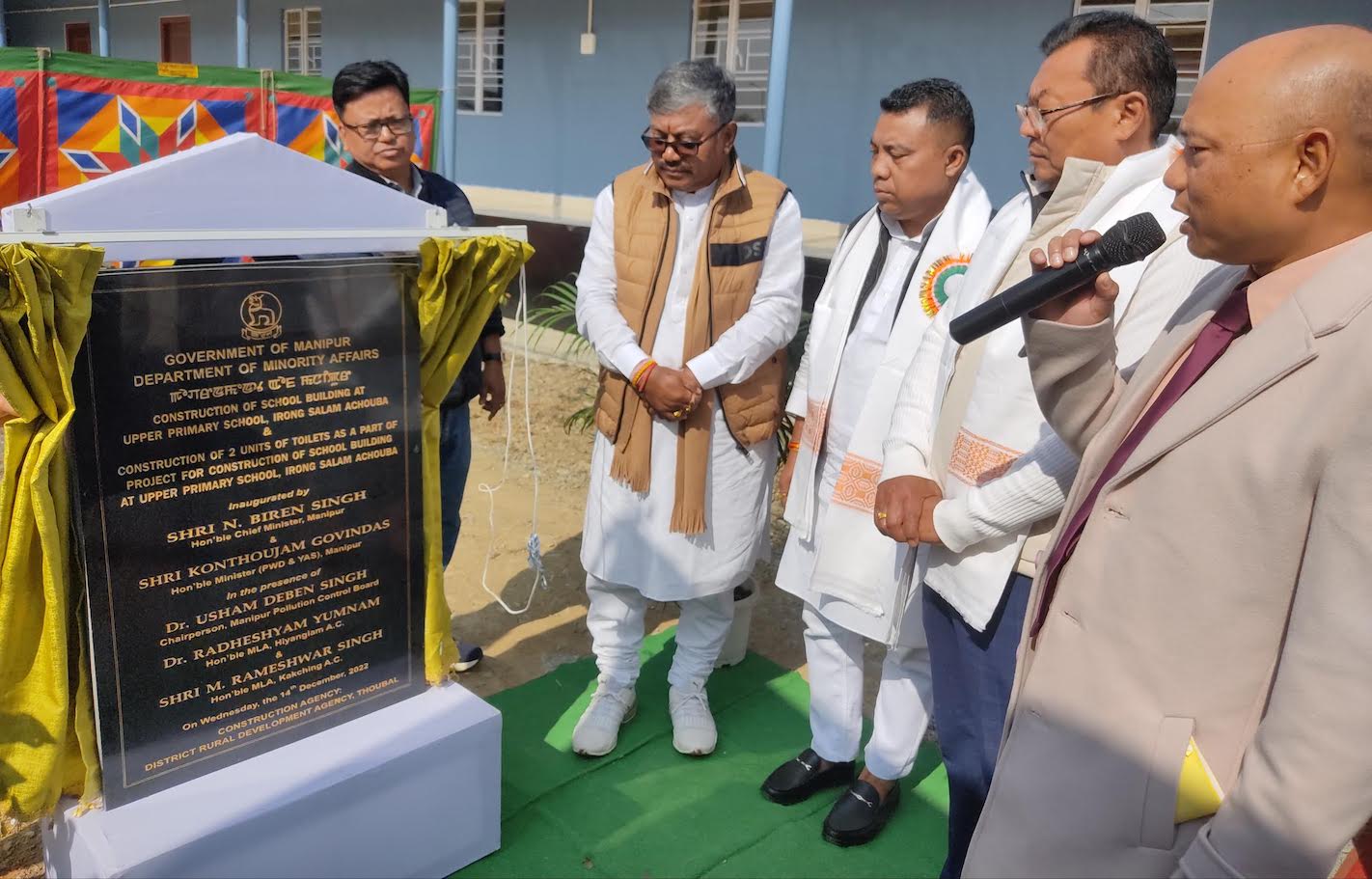 Speaking on the occasion as the chief guest, K. Govindas Singh stated that under the leadership of Prime Minister Narendra Modi’s ideology for a new India, the Chief Minister of Manipur has initiated programmes like ‘Go to village’ and ‘Go to Hills’ for better coordination and administration. With an objective of oneness, different programmes have been inaugurated and taken up in various districts of the state.

Mentioned may be made that the construction of Kakching District Police HQ was undertaken by Manipur Police Housing Corporation Ltd while construction of the school building and 2 units of toilets at Upper Primary school, Irong Salam Achouba was initiated under the Department of Minority Affairs, Government of Manipur.