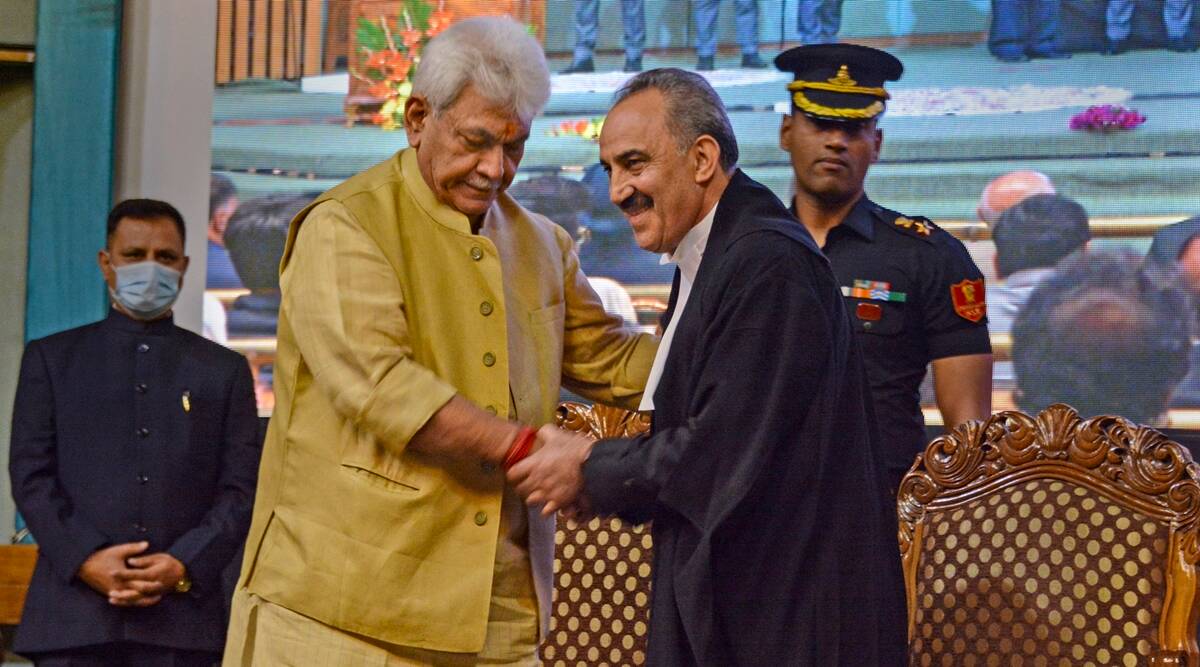 Srinagar: Lt Governor Manoj Sinha on Thursday administered the oath of office to Justice Ali Mohammad Magrey as Chief Justice of the High Court of Jammu and Kashmir and Ladakh.

The ceremony was attended by judges of the High Court, judicial officers, lawyers and officials from civil and police departments.

Justice Magrey was born on December 8, 1960 in village Wattoo in Kulgam district of Kashmir. He received school education in his village and did his graduation from the University of Kashmir.

He enrolled as an advocate in 1984 and started practicing law in district courts and the High Court. He was appointed a judge of the Jammu and Kashmir High Court in March 2013.