The championship that started on October 28 concluded on Wednesday. 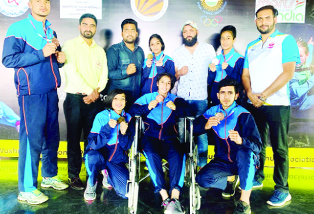 Jammu: The Jammu and Kashmir team has emerged as runner-up in the Sanda events of the 31st Senior National Wushu Championship played at Sher-e-Kashmir, Indoor Sports Complex in Srinagar.

The championship that started on October 28 concluded on Wednesday.