JDU indicates to contest upcoming UP and Manipur polls under NDA

However, the party categorically said, it will contest the poll alone, if consensus on the same will not be reached. 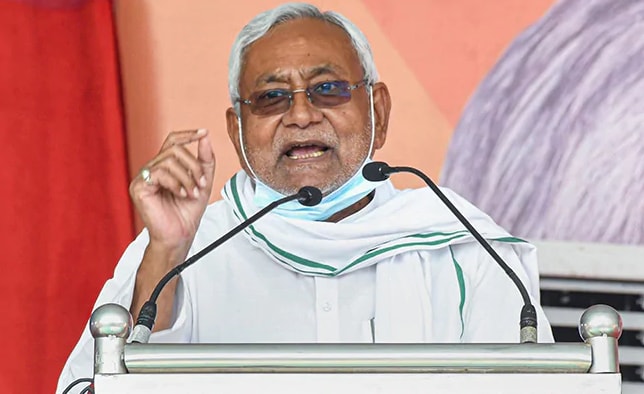 However, the party categorically said, it will contest the poll alone, if consensus on the same will not be reached.

‘Our first choice is to contest with the NDA and for any reasons if it doesn’t become possible, then the party would contest alone, especially in the coming state Assembly Elections of Uttar Pradesh and Manipur,’ JD (U) national president Rajiv Ranjan Singh told reporters here on Tuesday.

‘Party has a very strong base in both the states and would contest strongly, ‘ he added.

Nitish Kumar led JDU is a part of BJP led government at the centre and in Bihar.

In a bid to expand the footprint of the party outside Bihar, Janata Dal (United), JDU also announced Khiru Mahto as the President of jharkhand.

The announcement was made by the National President of JDU Rajiv Ranjan Singh in the presence of other senior party leaders, including the new appointees.

‘The party in its organizational expansion at national level is working vigorously and creating its space for structural foundations at ground level not only in Bihar but in other states as well,’ said Mr Rajiv.

‘Our only endeavor is that the party grows with its policy and programmes continuously,’ he added.