Japan to discharge radioactive wastewater from Fukushima plant into ocean

The controversial plan is proposed to begin in the spring of 2023, much to the consternation of local fisheries and the international community. 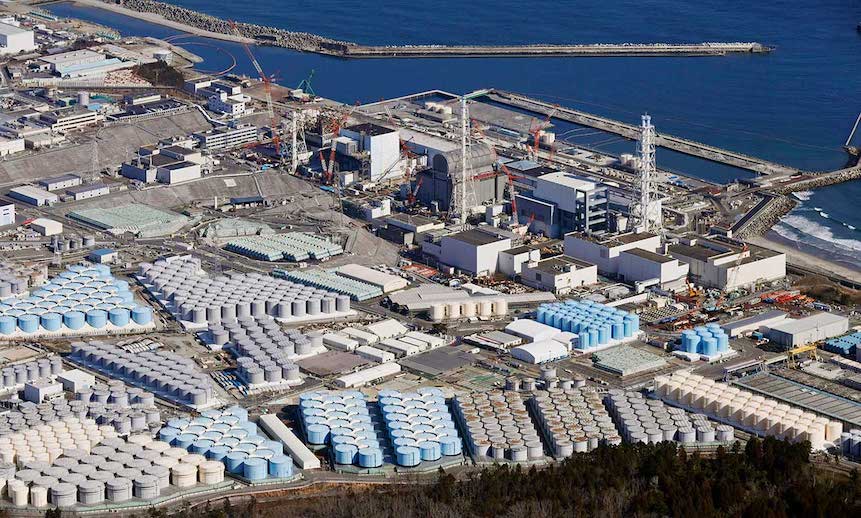 Japan’s Nuclear Regulation Authority (NRA) said that once opinions on the matter from the public are heard, the plan will be officially approved.

For the construction of the discharge facilities to begin, Tokyo Electric Power Company Holdings Inc. (TEPCO), the stricken plant’s operator, will need to gain consent from the municipalities that are hosting the nuclear power complex.

In 2011, a nuclear crisis not seen since Chernobyl in 1988 was triggered by a massive earthquake and subsequent tsunami knocking out the Fukushima Daiichi plant’s key cooling functions.

Since then, water pumped in to cool melted reactor fuel has been accumulating at the complex and mixing with rainwater and groundwater at the site.

The tainted water contains radioactive tritium, and the beleaguered site will soon reach its capacity of the water.

The government’s plan is to release the radioactive water through a tunnel under the seabed into the Pacific Ocean roughly 1 km away from the stricken plant.

The controversial plan is proposed to begin in the spring of 2023, much to the consternation of local fisheries and the international community.

Japan’s fisheries industry has voiced its ardent opposition to the plan, as it will almost certainly cause further damage to the industry’s already battered reputation.

Moreover, some of Japan’s closest neighbors have voiced strong concerns over the plan.

Japan has been considering a number of feasible alternative plans other than its unilateral proposal just to dump radioactive water into the ocean.

These options included injecting the toxic water deep into the ground, releasing it into the atmosphere after vaporizing it, or making it into a solid state and burying it underground.

On Wednesday, NRA Chairman Toyoshi Fuketa asked TEPCO to do its utmost to ensure there are no incidents at the planned water discharge facilities, according to local reports.