Sounding the election bugle, CM Yogi said that while the Samajwadi Party (SP), the Bahujan Samaj Party (BSP) and Congress were avowed sympathisers of gangsters, criminals and the mafia, the BJP Government was committed to and working towards the progress of farmers, jawans and daughters. 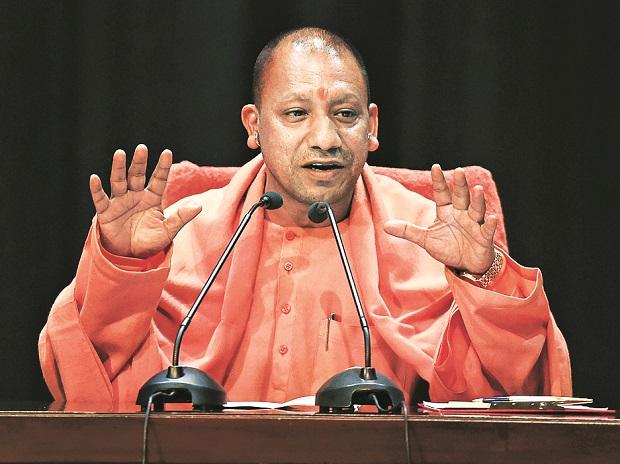 Bijnor: Uttar Pradesh Chief Minister Yogi Adityanath has said that this time the assembly elections in the state is a choice between development and anarchy.

Speaking to the residents of Bijnor on Thursday, the CM said that they have to make a choice between the opposition parties on the one hand, which are acting as disruptive forces, conspiring to throw western Uttar Pradesh into lawlessness and chaos once again, and on the one other the Bharatiya Janata Party (BJP), which is striving to make Uttar Pradesh the number one state of India.

Sounding the election bugle, CM Yogi said that while the Samajwadi Party (SP), the Bahujan Samaj Party (BSP) and Congress were avowed sympathisers of gangsters, criminals and the mafia, the BJP Government was committed to and working towards the progress of farmers, jawans and daughters.

Campaigning for BJP candidate Shuchi Mausam Chaudhary, who is contesting from Bijnor Assembly constituency, Yogi said that the people have already decided to go for development and dump opposition candidates whose parties ruined the district when they were in power through continuous neglect.

CM Yogi said that no chief minister visited the district situated on the border of Uttar Pradesh and Uttarakhand in the past and it was only after the BJP Government took over in 2017 that a medical college was established in the name of Mahatma Vidur at Bijnor. He added: “Prior to 2017, when we used to come here, we always received complaints about the safety of daughters. Today, the situation has changed. Daughters go to schools fearlessly, women go to market without fear, farmers are getting fair price for their crops as well as youths are getting jobs.”

He urged the voters to vote for a government that ensured a corruption and mafia free society in which people were not discriminated against and reject the politics of appeasement in the larger interest of the state. CM Yogi said that SP, BSP and Congress had a selective approach towards development.

Comparing the works of the previous SP and the present BJP government, Yogi said when the BJP government took over in 2017, the first three things that it did was to waive off loans of farmers, form anti-Romeo squad for the protection of daughters and the shut down illegal slaughterhouses, whereas the first decision of the SP government was to withdraw cases registered against the terrorists who attacked Ayodhya.

“The difference between the two governments is crystal clear. The BJP Government is working to raise the standard of living of every section of the society irrespective of caste or community. Our Government is digging out huge cash from walls that was looted from farmers and traders during the previous governments”, he remarked. CM Yogi said that no riot took place during his government and rioters were scared today that they might have to pay compensation for their deeds for a long time to come.

Meanwhile, cautioning residents of Dhampur and Najibabad against SP, BSP and Congress, CM Yogi said that the parties had distributed tickets to rioters and criminals. “Who can forget the riots at Kosi Kalan in Mathura and the disturbance in Bijnor during the previous government? How can one forget curfew in Meerut, chaos in Bulandshahar, and the Muzaffarnagar riots? Today again the same mafia and rioters, who forced people of Kairana to flee their homes are in the poll fray. SP, BSP and Congress are competing against one another as to who can give ticket to a bigger rioter.”

CM Yogi said that if people did not want history-sheeters to run police stations and wanted that women feel safe and were treated with respect, they must reject the politics of appeasement. The CM also held door to door campaign and appealed to the voters to vote for the BJP candidates for a stable, crime free and development-oriented society. He also pointed out that no one could have expected Ayodhya Deepotsav, Braj Rangotsav or the grand-divine Kumbh of Prayagraj during the previous governments of SP, BSP and Congress as there only was Saifai Mahotsav.

He said that during the previous government, Kanwarias were attacked while when his government took over Kanwar Yatra was taken out with pomp with flowers showered on the Kanwariyas by the government helicopter. CM Yogi said that today all festivals are celebrated peacefully in UP due to good governance.