Police also recovered over 27 grams of suspected heroin from their possession and seized two vehicles, purportedly used in carrying out the illegal drug trade, from them. 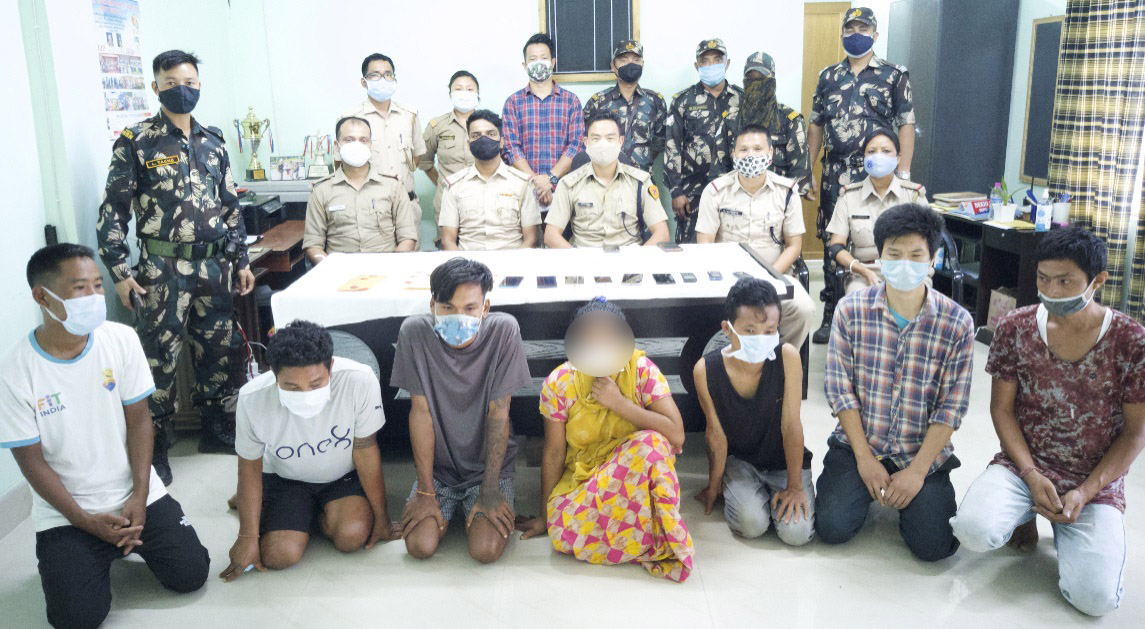 Itanagar:  Continuing its war against ‘rampant’ drug menace the state capital was facing along with other parts of the state, Itanagar Capital Complex Police busted an inter-state drug cartel and arrested six alleged drug peddlers – four from Arunachal Pradesh and two from neighboring Assam.

Police also recovered over 27 grams of suspected heroin from their possession and seized two vehicles, purportedly used in carrying out the illegal drug trade, from them.

Talking to media persons at Chimpu Police Station here, the SP informed that during the naka checking on late Tuesday (May 17) night at Chimpu area, the cops on duty intercepted a vehicle and during search, they recovered 12 grams of suspected heroin and accordingly, arrested three persons namely, Thomas Gyadi, Kameng Niri and James Tungi on the spot.

Subsequently, a case was registered at Chimpu PS under Section 21(b) of Narcotic Drugs and Psychotropic Substances (NDPS) Act, 1985, and an investigation launched. During interrogation of the arrested accused persons, it was known that the source of the seized contraband was found somewhere in Assam near Gohpur, Chiram said.

Accordingly, a team from Chimpu PS headed by Dy SP Moge Bole and OC Inspector M Bibang, with support from the Assam Police, apprehended the three other accused persons namely, Pulen Kaman alias Vijay, Papu Saikia and Ajay Singhi from Assam’s Gohpur area on Friday (May 20) who were actually supplying the suspected drugs, the SP said.

He said, the police seized in all 27.2 grams of suspected heroin, two vehicles, a sum of Rs 28,300 (believed to be the sale proceeds), and 220 empty vials and 100 other small containers containing the suspected heroin from them, he said.

The SP, while appreciating the “excellent job” done by the Chimpu Police, warned the drug dealers to abstain from the illicit drug trade otherwise they will have to face strong action as per the law.