He said that the IT team took a printer and some other important documents from his temporary residence at Mau. 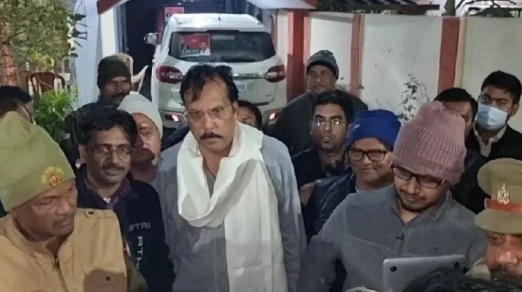 Mau: Samajwadi Party’s national secretary and spokesperson Rajiv Rai on Sunday claimed that during the 16-hour long search at his residence since Saturday the Income Tax department managed to recover only Rs 17,000.

Terming the search by the IT department ahead of the forthcoming Uttar Pradesh polls as politically motivated Rai suggested to the government, “People, who live in glass houses, don’t pelt stones on the houses of others.”

It may be mentioned here the IT department raided the residences of SP leaders, including Rai, at Mau, Lucknow and a few other cities. Rai said that the IT team carried out searches at his residence for nearly 16 hours.

He said that the IT team took a printer and some other important documents from his temporary residence at Mau.

After the search, Rai claimed that the IT team could recover only Rs 17,000 and a few documents from his possession.

Terming it as an action motivated by political vendetta by the government, Rai said that the Bharatiya Janata Party is getting it done out of sheer frustration as it is sensing its defeat in the upcoming elections.