Israel, US to sign pledge to prevent Iran going nuclear

The Palestine issue has not been included in the main points of the declaration. 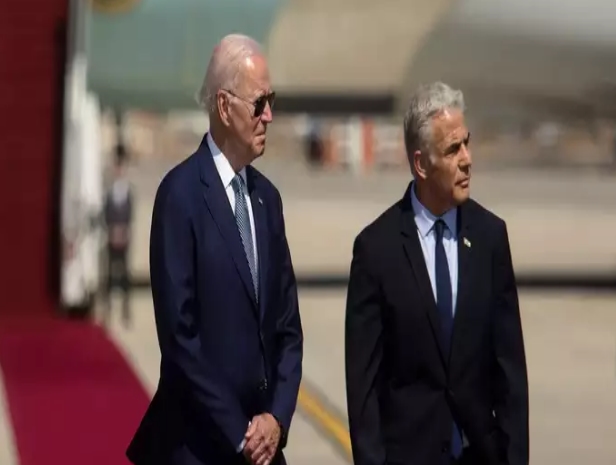 Tel Aviv: Israeli Prime Minister Yair Lapid and US President Joe Biden will sign a joint declaration on Thursday to prevent Iran from getting nuclear weapons.

According to The Times of Israel, the two leaders will express support for the Abraham Accords and Israel’s integration in the region.
The declaration will also include shared concerns on global security issues, such as the Russian invasion of Ukraine.

The Palestine issue has not been included in the main points of the declaration.

The Times of Israel quoted a top US administration official as saying that there are some new angles to the declaration as it contains “a commitment to look at the future,” with references to extending the $38 billion Memorandum of Understanding (MOU) signed in 2016 under the Obama administration.

The US President is currently on his four-day trip to the Middle East, including a stop in Saudi Arabia.

On Wednesday, Biden said that using force against Iran would be the “last resort” in preventing it from obtaining nuclear weapons as he preferred negotiations.