“We are now proceeding in the right direction under the guidance of Prime Minister Narendra Modi and Union Home Minister Amit Shah,” Mein said. 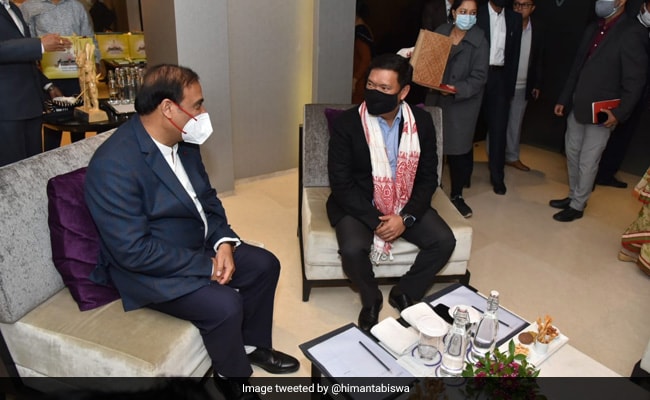 Itanagar: As part of their ongoing efforts to resolve the decades-old Assam-Arunachal Pradesh boundary dispute in keeping with the ‘Namsai Declaration’, the Regional Committees of Arunachal’s Namsai, Lohit and Lower Dibang Valley districts and Assam’s Tinsukia district had their 2nd joint sitting at Arunachal Bhawan, Mohanbari in Dibrugarh district on Thursday.

Talking to media after the meeting, Arunachal Pradesh Deputy Chief Minister Chowna Mein, who heads the Regional Committee of Namsai and Lohit districts, said that both the State Governments of Assam and Arunachal Pradesh are committed to resolving the seven-decade-old boundary dispute after the BJP Govt came to power at the Centre as well as in both the Northeastern States.

“We are now proceeding in the right direction under the guidance of Prime Minister Narendra Modi and Union Home Minister Amit Shah,” Mein said.

He further said that the boundary issue between the districts of Namsai and Tinsukia, and Lohit and Tinsukia “is almost sorted out as there is no boundary dispute in these two districts with Assam”.

He, however, added that “whatever little differences exist on the proposed ‘as is and where is basis’ formula by the District Administrations of both sides, it will be amicably resolved between the local legislators from both sides in consultation with the stakeholders”.

The Deputy Chief Minister informed that the report of inter-state Regional Committee meetings will be submitted to Chief Ministers of Assam & Arunachal before October 15.

However, the regional panels decided to have another joint field inspection of the border areas between the two districts before submitting any report.

Assam Agriculture and Border Protection & Development Minister Atul Bora, who represented the Assam side at the meeting, said in a social media post that due to strong political will and initiative of CM Himanta Biswa Sarma and keenness of Arunachal CM Pema Khandu, Assam and Arunachal are “inching towards amicably resolving decades-old border issues”.