disposal, the required propellant for such re-orbiting was included in the initial fuel budget as a part of standard practice followed in ISRO's GEO mission planning. 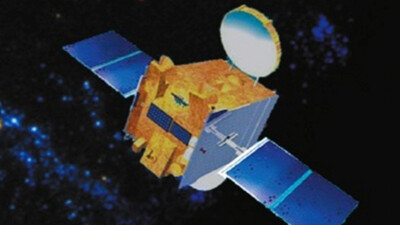 Chennai: The Indian Space Research Organisation (ISRO) has de-commissioned its Communication Satellite INSAT-4B after 14 years of its operations.

ISRO, in a statement said, as part of India’s continual efforts towards preservation of the long-term sustainability of outer space, INSAT-4B has undergone post mission disposal (PMD) at the end of its life, followed by decommissioning on January 24, 2022, to comply with the UN and the Inter Agency Space Debris Coordination Committee (IADC) recommended space debris mitigation guidelines.

INSAT-4B is the 21st Indian GEO satellite to undergo post-mission disposal, the required propellant for such re-orbiting was included in the initial fuel budget as a part of standard practice followed in ISRO’s GEO mission planning. The finally achieved orbit is about 340 km above GEO altitude in perfect compliance with IADC guidelines for space debris mitigation of GEO objects.

The successful post-mission disposal of INSAT-4B through meticulous planning and flawless execution marks yet another endeavour by ISRO to ensure the safety and sustainability of outer space operations, ISRO said. INSAT-4B satellite was launched on March 12, 2007 using the Ariane-5 launch vehicle from French Guiana to render DTH and other communication services.

After completing nearly 14 years of on-orbit operations, the C band and Ku band payload services of INSAT-4B were seamlessly migrated to other GSATs before commencement of the post mission disposal. As per IADC space debris mitigation guidelines, at its end-of-life, a GEO object should be raised to a nearly circular orbit well above GEO belt to prevent its orbit from coming back into the GEO protected region within 100 years of re-orbiting.

In this case, the minimum orbit raise required was 273 km and this is achieved through 11 re-orbiting manoeuvres executed during January 17 to 23, 2022. The first manoeuvre was aimed to circularize the orbit. The subsequent re-orbiting manoeuvres were executed at the perigees and the apogees alternately making the intermediate orbits near circular.

All manoeuvre plans were screened to ensure that there were no close approaches/collision threats between any other space objects (active satellites and space debris) in the near future.