India’s Seven Sisters may be getting arms from fundamental forces: Asim Ukil

A few days ago, in a television talk show Nazmul Ahsan Kalimullah, a former teacher at Dhaka University, alleged that a country used Bangladesh to send weapons to the Seven Sisters of India and he also blamed the present government for this. 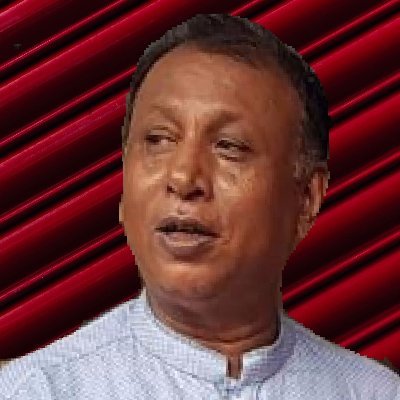 Dhaka: The minorities in Bangladesh are now a hundred times better than in the past. The world is aware that Sheikh Hasina’s government has always believed in the non-communal spirit.

Asim Kumar Ukil, leader of ruling Awami League, said, “Bangabandhu Sheikh Mujibur Rahman, the father of the nation of Bangladesh, gave the call for Bangladesh’s independence in 1971 imbued with this spirit. At that time, India stood by us as a friend. We could not have defeated the barbaric Pakistan without India”.

He said, “There was an incident in Cumilla recently for sharing a picture through social media without any verification, which caused a reaction all over Bangladesh which was unexpected. It has been possible to deal with it. In each case, the police have been able to arrest several people, including case file in those connection. But its trial process is not being done quickly”.

He said, “What happened during Durga Puja in Noakhali’s Companiganj is very sad. I don’t think there was any political motive behind that incident. It is caused by an evil force. There is religious madness in Bangladesh, but no political party has done such thing. I think if the leaders and workers of the ruling party are aware of this, it will be possible to reduce such incidents”.

About the Parliament Bill on protection of minorities in Bangladesh, Asim Kumar Ukil , “It cannot be said it has matured. However, if arms were smuggled into the Seven Sisters of India through Bangladesh, there must be someone involved. Such type of incident happened during the reign of BNP in the past. Many people have been caught in many places including in Bogura. I think the government has to take responsibility for all these things. Bangladesh is being used as a transit point to create a volatile situation in India. A section of Taliban-trained people and radicals in Bangladesh may have been involved in this incident. As far as I know, India is very much aware of this”.

A few days ago, in a television talk show Nazmul Ahsan Kalimullah, a former teacher at Dhaka University, alleged that a country used Bangladesh to send weapons to the Seven Sisters of India and he also blamed the present government for this.

“Fundamentalist forces may be involved in the arms trafficking. We have to be vigilant to protect our own interest”, said the AL leader. Is there any reason for Bangladesh to be concerned about the recent hijab debate in India?

To this question, Asim Kumar Ukil said, “Yes, of course the fundamentalist evil forces have concerns, although the issue is for India. The Narendra Modi government is very much aware of the issue. They are dealing with the matter. It cannot be said such issue will not be created in Bangladesh in the future because, under Sheikh Hasina’s government, fundamentalism has been destroyed to a large extent. However, the minorities of Bangladesh are aware of the issue.

On the NRC issue in India, Asim Kumar Ukil said, “It is part of the central politics of India. It has no effect in Bangladesh. But one thing the people of Bangladesh are thinking about is the Teesta Treaty. The Teesta Treaty must be signed as soon as possible. I believe that the Modi government will resolve this before the next Lok Sabha elections”.

The fundamentalists of Bangladesh and the pro-Pakistan people still think that the Awami League government is pro-India. About this, Asim Kumar Ukil said we have to keep relations with our neighbours. Besides, India helped in our liberation war. They are our tested friend. People from Bangladesh go to India to buy things for marriage ceremony. Many others go to Chennai for treatment purpose. Everything in daily necessities are related to India. It’s the cause for heartbreaking for China”.

Israel is called the enemy of Muslims. It is Israel that is now developing relations with the Middle Eastern countries. The Prime Minister of that country is visiting Jeddah, Kuwait, Qatar. They are building economic ties. They are moving towards the free market economy. Should Bangladesh also establish relations with Israel?

To this query, Asim Kumar said, “Of course it should”. You know that the United States has recently issued sanctions against the law enforcement chiefs of Bangladesh. What do you think about this? In response to this question, Asim Kumar Ukil said, “This is happening due to international political reasons.

BNP has appointed a lobbyist in the United States, they want to participate in the 2023 elections. It can also be a way to create an environment conducive to the elections. The United States once also issued sanction against Indian Prime Minister Narendra Modi. This is a US policy. I think the next election will be participatory. I demand that the minority be given at least 30 percent seats in the next election”.