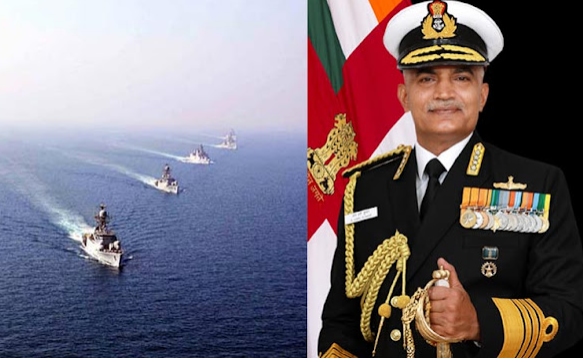 This was his first official visit to Australia upon assuming the office of the Navy Chief.

During these meetings, the leaders expressed their commitment to pursue collaborative activities in several areas of bilateral convergence, the Indian Navy said.

He, accompanied by Manpreet Vohra, Ambassador of India to Australia and the Chief of Navy, RAN interacted with the prominent members of Australian Think Tanks to understand and develop new maritime cooperation opportunities.

The discussions also highlighted the need for raising the level of synergy and focused efforts for overcoming the challenges of the maritime environment.

India and Australia share the commonality of perspectives on several contemporary maritime security issues in the Indo-Pacific and have been working together closely in several bilateral and multilateral fora such as the Indian Ocean Naval Symposium, Indian Ocean Rim Association and Western Pacific Naval Symposium.

Coming on the heels of the successful participation of Indian Naval Ship Satpura and one P8I Maritime Patrol Aircraft of the Indian Navy in the recently concluded multilateral exercise Kakadu, hosted by the RAN at Darwin, the visit of the Navy Chief further consolidated the strong and long-standing bilateral relations between two countries, the Indian Navy said.