The Army has already mounted the operation. 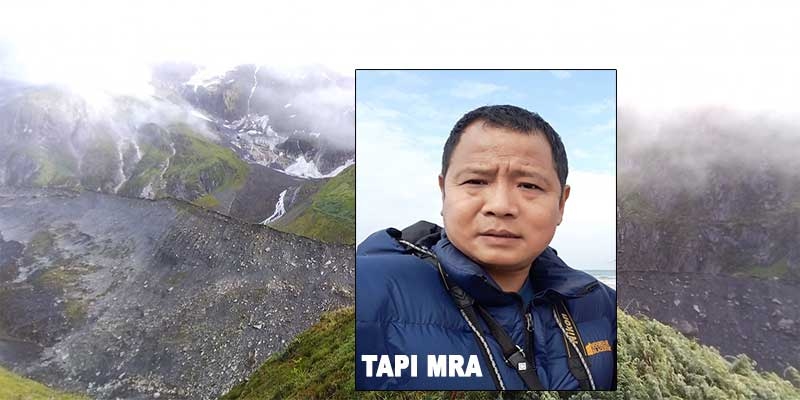 Itanagar: The State Government of Arunachal Pradesh, along with the Indian Army, is making all-out efforts to trace Everester Tapi Mra and his companion Niku Dao, who reportedly went missing while on an expedition to Mount Khyarisattam, one of the highest peaks in the frontier state.

It said the State Govt has sought help from the Indian Army’s Tezpur-based Gajraj Corps in the search and rescue mission. The Army has already mounted the operation. Two ALH and two Cheetah helicopters have been put on standby; these will be used for aerial reconnaissance of the area with one of the team members onboard once the weather clears.

East Kameng Deputy Commissioner Pravimal Abhishek Polumatla said that the plan for an aerial search and rescue (SAR) operation along with the Indian Army on Tuesday could not materialize due to adverse weather conditions.

The DC also said that the district administration is now taking a two-pronged approach to the rescue operation. “We will send a ground search team and will continue to make attempts for aerial SAR operation using helicopters in the next 2-3 days subject to weather conditions,” he added.

Meanwhile, Chief Minister Pema Khandu has prayed for the safe return of Everester Tapi Mra, while informing that the State’s Sports department was “ready with plans” to trace the missing Adventure Promotion Officer of the Directorate of Youth Affairs.

“My prayers for the safety of Tapi Mra, the first person from Arunachal to scale Mt Everest, who’s been reported missing with a porter since last week during an expedition to Mt Khyarisattam in East Kameng district. State’s Dept of Sports is ready with plans to trace Shri Mra,” Khandu tweeted.

It may be mentioned that mountaineer Mra has taken up the expedition to Mt Khyarisattam on a “self-request basis” and reportedly, this was his third attempt to scale the unexplored peak.