India slams Pak at UNHRC, says does not need lessons from ‘abuser of human rights’

India also regretted and rejected the reference made by the Organisation of Islamic Cooperation to Jammu and Kashmir, and said it has no locus standi to comment on the internal affairs of India. 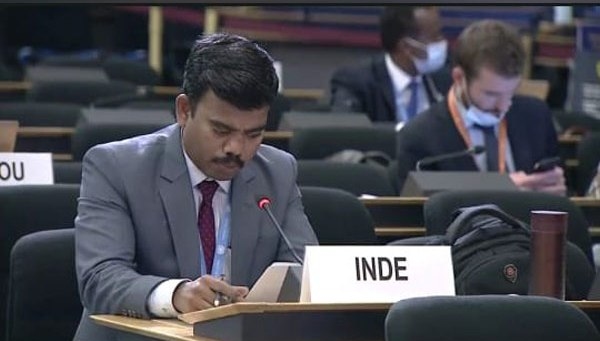 Geneva/New Delhi: India on Wednesday slammed Pakistan for misuse of the UN Human Rights Council platform to propagate its “false and malicious propaganda” against the country, and said that it “does not need lessons from a failed State like Pakistan which is the epicentre of terrorism and the worst abuser of Human Rights”.

India also regretted and rejected the reference made by the Organisation of Islamic Cooperation to Jammu and Kashmir, and said it has no locus standi to comment on the internal affairs of India.

Exercising its right of reply to the statements made by Pakistan and the Organisation of Islamic Cooperation at the UNHRC, India’s First Secretary at the Indian Mission to UN in Geneva, Pawan Badhe, said that Islamabad has failed to protect the rights of its own minorities.

“It has become a habit for Pakistan to misuse the platforms provided by the Council to propagate its false and malicious propaganda against my country.”

He said the Council is aware of Pakistan’s attempts to divert the forum’s attention from serious human rights violations being perpetrated by the Islamabad government, “including in the territories occupied by it”, in reference to Pakistan Occupied Kashmir.

He said Pakistan has failed to protect the rights of its minorities, including Sikhs, Hindus, Christians and Ahmadiyas.

“Thousands of women and girls from minority communities have been subjected to abductions, forced marriages and conversions in Pakistan and its occupied territories,” he said, and added that Pakistan has been engaged in the systematic persecution, forced conversions, targeted killings, sectarian violence and faith-based discrimination against its ethnic and religious minorities.

“Incidents of violence against minority communities, including attacks on their places of worship, their cultural heritage, as well as their private property have taken place with impunity. A ‘climate of fear’ continues to drastically impact the daily lives of minorities,” Badhe said.

Dissenting voices from civil societies, human rights defenders, journalists are muzzled daily in Pakistan, with the support of the Pakistan government, he said.

“Enforced disappearances, Extra-judicial killings, murders and abductions have been used as a tool for subjugation and to muzzle any form of dissent or criticism.”

“The impunity with which such abuses have been carried out exposes the hollowness of Pakistan’s commitment to human rights,” Badhe said.

He said Pakistan is a country which has been globally recognized as one openly supporting, training, financing and arming terrorists including UN proscribed terrorists, as a matter of State policy.

Badhe said that multilateral institutions have been raising serious concerns on Pakistan’s failure to stop terror financing and the lack of effective actions against terror entities.

Referring to the OIC’s comments, he said: “We once again regret and reject the reference made by the OIC to the Union Territory of Jammu and Kashmir which is an integral part of India.”

“The OIC has no locus standi to comment on internal affairs of India. The OIC has helplessly allowed itself to be held hostage by Pakistan, which holds the Chairmanship of their Geneva Chapter, to subserve its own Agenda. It’s for the members of the OIC to decide if it is in their interest to allow Pakistan to do so,” he stressed.

“India, as not only the world’s largest democracy but a robustly functional and vibrant one, does not need lessons from a failed State like Pakistan which is the epicentre of terrorism and worst abuser of Human Rights,” Badhe concluded.

India’s UN mission in Geneva, tweeting the statement, said that India was exercising its Right to Reply “in response to preposterous and malicious statements made by Pakistan and the OIC” during the General Debate on the Oral Update by the High Commissioner at the 48th Session of the Human Rights Council.