Expressing pride that India displayed its might in every field in the Year 2022, Modi said India crossed the magical exports figure of 400 billion dollars in 2022 by adopting the resolution of 'Self-reliant India' by the people, en-living it. 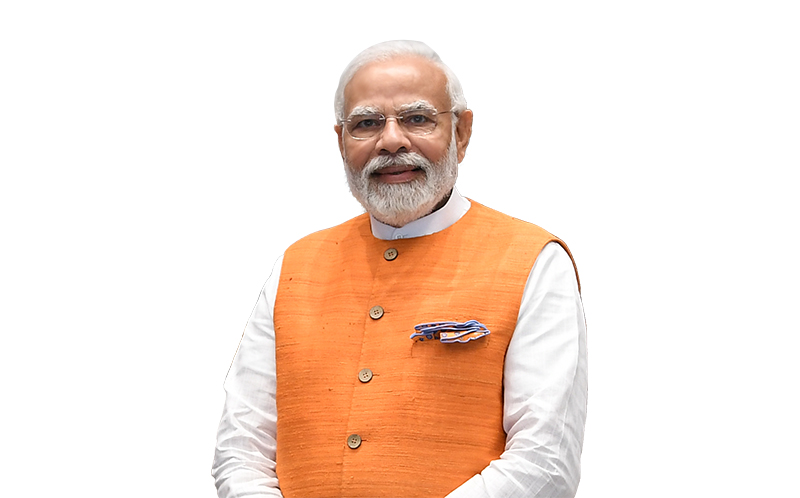 New Delhi: Prime Minister Narendra Modi on Sunday said the various successes of 2022 have created a special place for India all over the world and helped it attain the status of the world’s fifth-largest economy.

“India made the record of surpassing 220 crore Covid vaccines. He highlighted that India crossed the magical exports figure of 400 billion dollars and welcomed the first indigenous aircraft carrier INS Vikrant” he said while addressing the nation in the 96th episode of his Mann Ki Baat programme on All India Radio.

Expressing pride that India displayed its might in every field in the Year 2022, Modi said India crossed the magical exports figure of 400 billion dollars in 2022 by adopting the resolution of ‘Self-reliant India’ by the people, en-living it.

He expressed delight that Indian youth showed tremendous power in the field of sports, be it the Commonwealth Games, or the victory of the women’s hockey team.

“Even in the field of sports, be it the Commonwealth Games, or the victory of our women’s hockey team, our youth have shown tremendous potential” he said.

The Prime Minister lauded the strength, cooperation, and resolve of the people this year.

Modi said the year 2022 will always be remembered for the spirit of ‘Ek Bharat-Shreshtha Bharat’ shown by the people. He said many events were organised by the people to celebrate unity and togetherness.

He gave the example of Madhavpur Mela in Gujarat, where Rukmini’s marriage, and Lord Krishna’s relationship with the Northeast is celebrated and also mentioned the Kashi-Tamil Sangamam, saying many colors of unity were visible in these festivals.

He noted that with pride that more than six crore people sent selfies with the tricolor, adding that Azadi Ka Amrit Mahotsav will continue in the same way next year as well, and further strengthen the foundation of Amrit Kaal.

Talking about the G20, the Prime Minister said India also got the responsibility of chairing the G-20 group this year.

He told people that they have to take the enthusiasm of G20 to new heights in 2023 and make the event a mass movement.

He mentioned Tata Memorial Center in Mumbai which has earned a name for itself in Research, Innovation and Cancer care.

The Prime Minister said these results have attracted the attention of the world’s biggest experts.

According to the research of this center, regular practice of yoga has reduced the risk of recurrence and death of breast cancer patients by 15 percent.

He also highlighted that this is the first example of Indian traditional medicine being tested vis a vis the stringent standards of Western methods.

Modi said a similar effort is also being made at AIIMS, Delhi. The Center for Integrative Medicine and Research was established there six years ago to validate Indian traditional medical practices. The center has already published 20 papers in reputed international journals.

The Prime Minister also spoke about the World Ayurveda Congress which was held in Goa recently.

Delegates from more than 40 countries participated in it and more than 550 Scientific Papers were presented there. Around 215 companies from around the world including India displayed their products in the exhibition.

The Prime Minister said more than one lakh people enjoyed their experience related to Ayurveda in the four-day Expo.

He urged people to share such efforts related to Yoga, Ayurveda and traditional treatment methods on social media.

He spoke about Kala Azar, another disease that is about to be eradicated. The parasite of this disease is spread through the sting of the sand fly. ‘Kala Azar’ can happen to anyone from children to elders.

“Till recently, the scourge of Kala-azar had spread in more than 50 districts across four states. Prime Minister noted with satisfaction that this disease is confined to only four districts of Bihar and Jharkhand at present” he said.

He expressed confidence that the awareness of the people of Bihar and Jharkhand will help the government’s efforts to eliminate ‘Kala Azar’ from these four districts as well and urged people of ‘Kala Azar’ affected areas to.

The Prime Minister said his government is also working towards eradicating TB in India by 2025 and recalled how thousands of people came forward to help TB patients when the TB Mukt Bharat campaign began.

He added that this power of public service and public participation achieves every difficult goal with certainty.

Reminding the listeners about the responsibility to keep Mother Ganges clean, Modi said the ‘Namami Gange Campaign was started with this very intent.

He expressed pride that this initiative of India is getting appreciation from all over the world. The United Nations has included the ‘Namami Gange’ mission in the world’s top ten initiatives to restore the ecosystem.

He said it is even more heartening that ‘Namami Gange’ has received this honor among 160 such initiatives from all over the world.

The Prime Minister also discussed the ‘Jalaj Ajeevika Model’, which has been prepared to keep Biodiversity in mind.

“This Tourism-based Boat Safaris has been launched at 26 Locations.

Mr Modi said Namami Gange is showing a new path to everyone in the direction of environmental protection” he said.

He gave the example of Sange Sherpa of Thegu village of Sikkim. For the last fourteen years, he has been engaged in the work of environmental protection at an altitude of more than 12 thousand feet.

Sange has taken up the task of keeping the Tsomgo lake clean. The lake is of cultural and mythological importance. Now, about five lakh tourists visit the place every year to see this clean lake.

Touching upon the topic of ‘Swachh Bharat Mission’, the Prime Minister said many unique efforts have been made by the people since its inception in 2014.

He said these efforts are being made not only within the society but also on part of the government. He pointed out that due to the removal of garbage and unnecessary items, a lot of space opens up in the offices.

During the programme Prime Minister also greeted the nation on the occasion of Christmas. He said it is a day to remember the life and teachings of Jesus Christ.

The Prime Minister also cautioned people that COVID-19 is increasing in many countries of the world. He urged everyone to take more precautions like wearing masks and hand washing.