India, Pak ‘back channel talks’ on to break stalemate in ties

Ties between the two nations took a nosedive after the Pulwama massacre of February 2019 and later following the scrapping of special status for Jammu and Kashmir in August the same year. 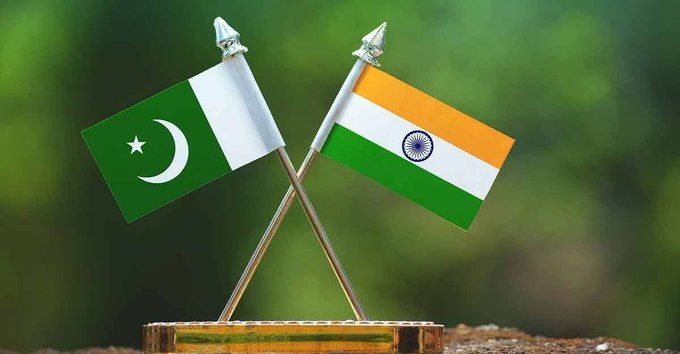 Islamabad/New Delhi: Pakistan and India have been engaged in “back channel” talks to break the stalemate in the relationship between the two nuclear-armed neighbours, a media report said, even as a Pakistani delegation is in New Delhi for talks under the Indus Water Commission.

Ties between the two nations took a nosedive after the Pulwama massacre of February 2019 and later following the scrapping of special status for Jammu and Kashmir in August the same year.

According to the Express Tribune, though diplomatic ties have been downgraded and bilateral trade suspended, there have been “quiet back channel” talks between the two sides, even before the government of Prime Minister Shehbaz Sharif took charge last month.

These contacts led to renewal of the ceasefire understanding in February 2021 and since then the truce is holding, with no major incident of ceasefire violation. However, there has been no breakthrough in terms of resumption of dialogue between the two countries, the daily said.

Since the new government came to power in Islamabad, there has been a renewed push by the two sides to find some way out. “Call it back channels, Track-II or behind-the-scene talks, I can only confirm that relevant people in both countries are in touch with each other,” the daily quoted an official source as saying.

Chances of an immediate breakthrough are slim given the political uncertainty in Pakistan and tough preconditions attached by both sides for any resumption of dialogue.

On April 11, Prime Minister Narendra Modi had congratulated Sharif on becoming PM and said ‘India desires peace and stability in a region free of terror, so that we can focus on our development challenges and ensure the well-being and prosperity of our people.”

Shehbaz Sharif in reply, raised the Kashmir question and said that “peaceful settlement of outstanding disputes including Jammu & Kashmir is indispensable”.

Meanwhile, a five-member Pakistani delegation crossed over to India via the Attari-Wagah border on Sunday to hold talks under the Indus Water Commission.

The two sides also held the meetings under the Permanent Indus Commission, with the last one held in New Delhi in March last year.

On April 28, the Ministry of External Affairs had stated that there is no change in its stance towards Pakistan of desiring an atmosphere free of terrorism in order for talks to happen.

MEA spokesperson Arindam Bagchi, in a media briefing, said India’s demand for an atmosphere free of terrorism for talks to happen is a legitimate right.

“Both PMs have exchanged courtesy letters, but our main issue has been that such an atmosphere be created where there is no terrorism. This is a legitimate right, without which there can be no talks,” he said.

“There is no change in our stand,” he said to a question whether India has changed its stance since the election of the new Pakistan PM earlier this month.

PM Modi, in a letter congratulating Shehbaz Sharif, had asked him to build “normal neighbourly relations” between the two countries which would be for “the benefit of the region”.

The letter sent on April 12 called for “constructive engagement” and reminded the Pakistani side that “India remains committed to advancing peace, security and prosperity in the region”.

Sharif in response expressed his desire for peaceful ties with India and resolution of “all the outstanding issues, including Kashmir”.