India's Defence Minister late Manohar Parrikar visited Oman from 20-22 May 2016 during which four MOUs/Protocol were signed. 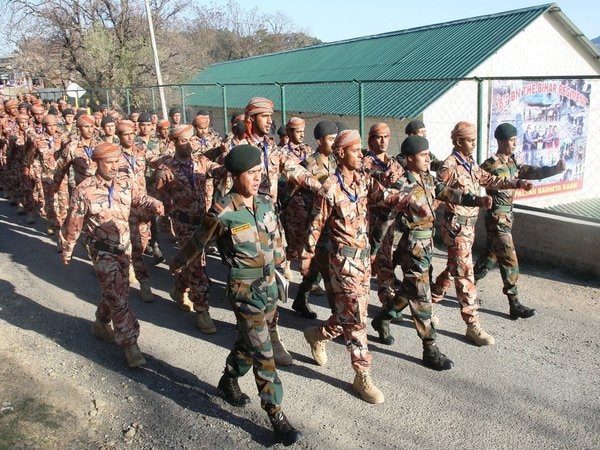 This will be the 4th Edition of the India Oman Joint Military Exercise ‘Al Najah-IV’. It will go on till August 13.

The Royal Army of Oman contingent comprising 60 personnel from the Sultan of Oman Parachute Regiment reached the exercise location. The Indian Army is represented by troops from the 18 Mechanised Infantry Battalion.

The previous edition of Exercise ‘Al Najah IV’ was organised at Muscat from March 12 to 25, 2019.

The scope of the exercise includes professional interaction, mutual understanding of drills and procedures, the establishment of joint command and control structures and elimination of terrorist threats, the Indian Army said.

Further, the Indian Army said that a comprehensive training programme to culminate in a 48 hours long validation exercise involving the establishment of joint mobile vehicle check posts, a joint cordon and search operations followed by joint room intervention drills in a built-up area has been worked out.

The joint military exercise aims to enhance the level of defence cooperation between the Indian Army and the Royal Army of Oman and will further manifest in enhancing the bilateral relations between the two nations.

Oman is a strategic partner of India in the Gulf and an important interlocutor at the Gulf Cooperation Council (AGCC), Arab League and Indian Ocean Rim Association (IORA) fora.

Oman also accords a high priority to its ties with India. The two countries across the Arabian Sea are linked by geography, history and culture and enjoy warm and cordial relations, which are attributed to historical maritime trade linkages, the intimacy of the royal family with India and the seminal role played by the Indian expatriate community in the building of Oman, which is acknowledged by Omani Government.

India-Oman Defence cooperation has emerged as a key pillar of the strategic partnership between the two countries.

There has been a regular exchange of visits by Defence Ministers of both sides.

India’s Defence Minister late Manohar Parrikar visited Oman from 20-22 May 2016 during which four MOUs/Protocol were signed.

Over the past few years visits Defence Secretary, Navy Chief and Army Chief to Oman with reciprocal visits to India by all three Omani Service Commanders, Secretary General of Defence etc. have also been witnessed.

The Ministries of Defence of both countries review their relations annually under the aegis of the Joint Military Cooperation Committee meetings.

Both Air Force and Navy undertake staff talks on a regular basis which has been the catalyst for new areas of cooperation.

A large number of Omani Military personnel regularly subscribe to numerous courses offered by India. Indian Navy has been deploying mobile training teams in Oman on an annual basis for the training of Oman Navy personnel.

Since 2008, Oman has been extending its support to the Indian Navy’s anti-piracy missions and Indian Naval Ships are regularly welcomed by Oman for Over Seas Deployments.

Royal Navy of Oman’s sailing vessel ‘Shabab Oman’ along with INS Tarangini participated in the joint sailing voyage from Muscat to Kochi in end Nov 2015 tracing the ancient trading routes between India and Oman. The joint sailing was to commemorate the 60th anniversary of India-Oman diplomatic ties.