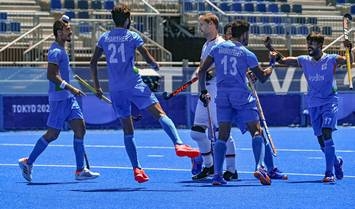 Tokyo: The Indian men’s hockey team clinched an Olympic medal after 41 years after beating Germany 5-4 to claim the bronze in a thrilling play-off match in the ongoing Tokyo Games 2020, here on Thursday.

It is India’s third hockey bronze medal in the history of the Olympics. The other two came in 1968 Mexico City and the 1972 Munich Games.

Overall, the Indian men’s hockey team has won 12 medals at the Olympics – eight golds, one silver and three bronze.