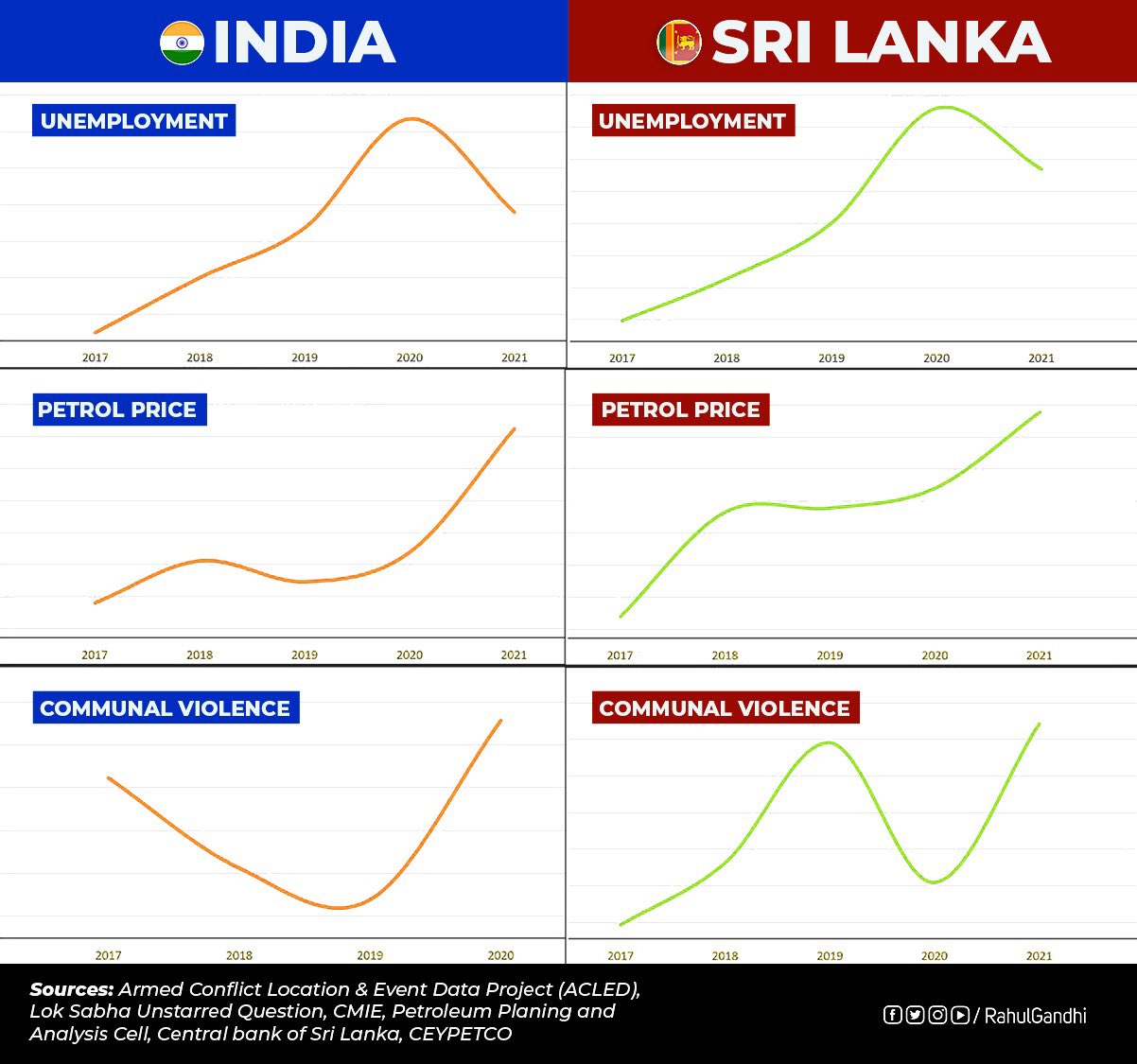 New Delhi: Congress leader Rahul Gandhi on Wednesday launched a fresh attack at the Centre on various issues including unemployment and price rise.

Along with his tweet, Rahul Gandhi shared a graphic comparing India’s issues on “unemployment, petrol prices, and communal violence” which he claimed were similar to Sri Lanka.

The graph showed unemployment rising from 2017 in both countries, peaking around 2020 – the year India imposed a lockdown to fight the coronavirus – and dipping slightly the next year.

The second pair of graphs compares petrol prices in India and Sri Lanka, on the rise since 2017 and soaring around 2021.

The third set of graphs shows communal violence rising sharply in 2020-21 in both countries.

Sri Lanka is struggling with acute food and electricity shortages and is neck-deep in recession attributed to foreign exchange shortages caused by a clampdown on tourism during Covid.

The unprecedented economic crisis has led to a critical shortage of foreign exchange in the country. With agency inputs