The active cases stand at 20,18,825 which now comprises 5.23 per cent of the total infections, while the national Covid-19 recovery rate has decreased to 93.50 per cent. 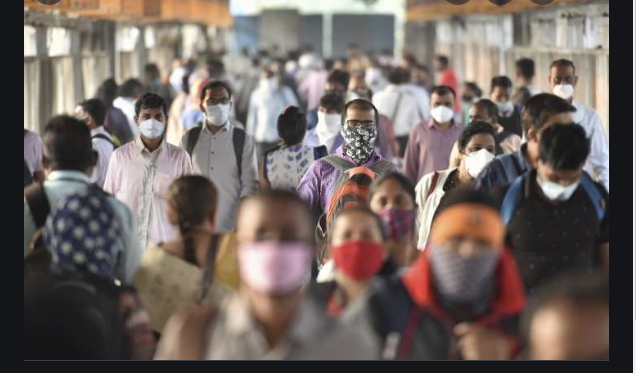 New Delhi: India has reported 3,47,254 new Covid-19 cases and 703 deaths in the last 24 hours, according to the data released by the Health Ministry on Friday.

The active cases stand at 20,18,825 which now comprises 5.23 per cent of the total infections, while the national Covid-19 recovery rate has decreased to 93.50 per cent.

Meanwhile, India’s Omicron tally on Thursday reached 9,292 an increase of 4.36 per cent since yesterday.

According to the bulletin issued by the Ministry on Thursday, 71.15 Crore tests for Covid-19 have been done so far.

More than 159. 91 crores vaccine doses were provided to States/UTs so far.

Over 12.73 the crores balance and unutilized Covid vaccine doses are still available with the States/UTs to be administered, the ministry said.

Meanwhile in the National Capital’s positivity rate dropped significantly on Thursday, Delhi Health Minister Satyendar Jain said that it is likely that the peak of the third wave has passed in the city.

“The number of cases has reduced to less than half the peak of 28,000 cases in Delhi and the positivity rate has also reduced,” Jain said.

Mumbai: The Rupee on Friday advanced 22 paise to 82.19 against the US Dollar on selling of US Dollars...
Nation