As many as 385 people have died of Covid-19 in the last 24-hour, according to the Union Health Ministry. 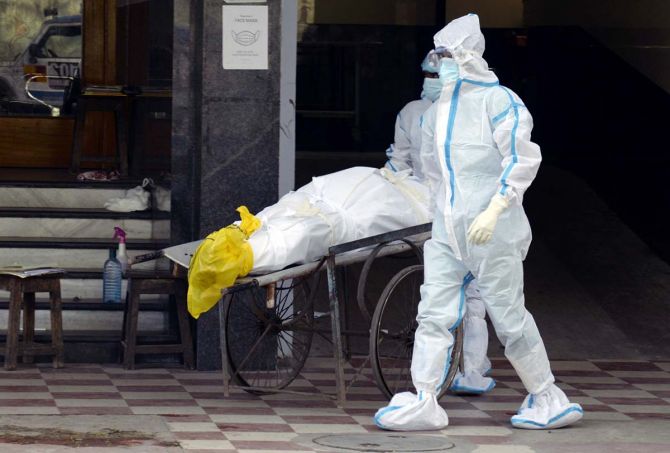 New Delhi: India’s Covid-19 curve showed marginal improvement on Monday as the country reported 2.58 lakh cases in the last 24 hours, which is around 5 per cent lower than yesterday.

As many as 385 people have died of Covid-19 in the last 24-hour, according to the Union Health Ministry.

With this the total tally of Covid-19 cases in the country has reached at 3.73 crore.

The active cases stands at 16,56,341 which is now comprise 4.43 per cent of the total infections, while the national COVID-19 recovery rate has decreased to 94.27 per cent.

Delhi on Sunday reported 18,286 Covid-19 cases and 28 deaths, while the positivity rate dropped to 27.87 per cent from 30.64 per cent a day ago, according to health department data.

State Health Minister Satyendar Jain has said that the city is conducting three times more diagnostic tests than the number recommended by the ICMR.

Maharashtra is reported maximum number of the cases in the country which stands at 41,327 and 29 deaths in the last 24 hours.

Eight new Omicron variant cases were also reported, taking the total number of variant cases in the state to 1738 ,as the data suggested.

Meanwhile, India’s Omicron tally today reached 8,209, an increase of 6.02 per cent since yesterday.

Out of total cases 3,109 people have been recovered or discharged.

According to the bulletin issued by the Ministry today 70.37 crore tests for Covid-19 have been done so far.

More than 158. 12 crores vaccine doses were provided to States/UTs so far.

Over 13.79crores balance and unutilized Covid-19 vaccine doses are still available with the States/UTs to be administered, the ministry said.