According to sources, the government did not give any figures about the number of Indians stuck in Afghanistan. 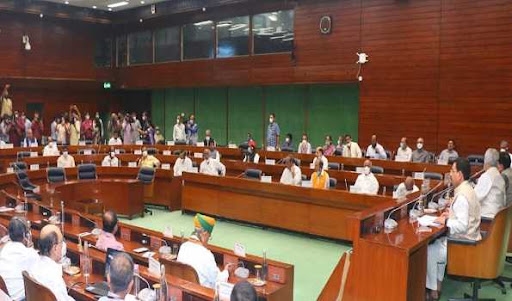 New Delhi: Evacuation of Indians stuck in Afghanistan is the top priority for India, External Affairs Minister S. Jaishankar informed leaders from different political parties as he briefed them on the situation, adding that India is in a “wait and watch” mode.

According to sources, the government did not give any figures about the number of Indians stuck in Afghanistan.

While all leaders lauded the evacuation efforts, Opposition leaders also questioned how the evacuation programs will be carried out in future amid worsening security situation in Afghanistan.

According to sources, the government informed the MPs about the preemptive measures taken, which included withdrawal of personnel from Herat and Jalalabad, evacuations from Kandhar and Mazar-e-Sharif, and scaling down the embassy in Kabul. A series of security advisories were also issued.

“Our immediate concern and task is evacuation and long term interest is the friendship with the Afghan people. Government is committed to bring back all Indians from Afghanistan,” Jaishankar said after the meeting.

“All parties have similar views, we approached the issue with a spirit of national unity,” the minister said.

The MPs were informed that so far, a total of 565 people have been evacuated by the Indian government including 175 embassy personnel, 263 other Indian nationals, 112 Afghan nationals, including Hindus and Sikhs and 15 citizens of other countries. Sources said no figures on the number of Indians stuck in Afghanistan were provided, prompting the Opposition to question how the evacuation would be carried forward.

“How is the government going to evacuate Indians if they do not know how many are stuck there,” an Opposition leader said on condition of anonymity.

Congress leaders questioned why Prime Minister Narendra Modi did not brief the leaders himself, adding that former prime minister Atal Bihari Vajpayee has twice addressed all party meetings in 2001 when US forces attacked Afghanistan.

Congress leaders also questioned why Rangina Kargar, an Afghan woman member of Parliament since 2010, was deported from New Delhi’s IGI Airport on 20th August, 2021. Government admitted that it was a mistake, sources said.

They also stressed on the concern about the rise in terrorism impacting the regional security situation and challenges emerging from the re-emergence of the Taliban and its terror links, and asked about the steps taken.

Opposition also questioned the future strategy of the government vis a vis Afghanistan.

“They did not make it clear whether they will or will not talk to the Taliban,” an Opposition leader told UNI.

Talking about the problems being faced in evacuation and other efforts, Jaishankar said frequent firing incidents near the airport and inside Kabul, multiple checkpoints being erected by various groups, issues at the airport, landing permissions delays, overflight clearances from relevant countries and coordination on ground were matters of concern.

He also informed about the Special Afghan Cell which was set up on August 16 to coordinate repatriation and other requests from Afghanistan.

Opposition leaders also extended support to the government over the issue, and called for protecting India’s interest.

The briefing was held as Afghanistan was taken over by Taliban, with the extremist group entering capital Kabul on August 15. Concerns have been raised on the impact of the Taliban take over on India, and Afghanistan based terrorist groups entering India.