India has over 40 Gigawatts of installed solar capacity due to efforts of Govt: Vice Prez

The National Institute of Solar Energy (NISE) has assessed the country’s solar potential to be about 748 GW, assuming 3% of the wasteland area to be covered by Solar PV modules. 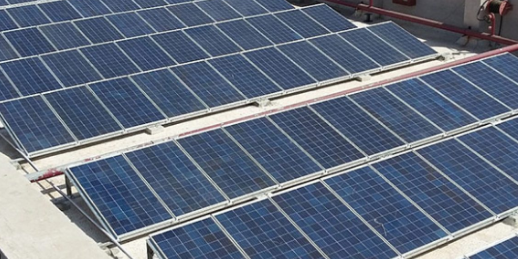 Puducherry: Vice President M Venkaiah Naidu on Monday said due to the sustained efforts by the government and private players, India now has more than 40 Gigawatts of installed solar capacity.

Speaking after inaugurating a Solar Power plant at the Pondicherry Central University, he said, today, we are ranked fifth n solar power capacity and fast becoming the global leaders in ‘energy transition’.
We are also well placed to meet our committed renewable energy targets at the Paris Climate Conference by 2030, Mr Naidu said.

India is endowed with vast solar energy potential. The National Institute of Solar Energy (NISE) has assessed the country’s solar potential to be about 748 GW, assuming 3% of the wasteland area to be covered by Solar PV modules.

This is a great opportunity waiting to be explored to provide reliable electricity to our remote areas, to reduce carbon emissions and to achieve energy security, he said. The Vice President said while these figures show the positive aspects of solar power in India, there are some structural issues that are hindering our growth in the sector.

The biggest is the shortage of domestically manufactured solar cells and solar modules. We still heavily rely on imported solar components which are being used by Indian companies to make panels. We need to reduce this dependency and achieve Atmanirbhar Bharat in solar modules and solar cells.

We have to quickly ramp up production by easing the setting up of manufacturing plants, publicizing the subsidy programmes by the government and encouraging small players. States particularly must take an active lead in this regard, Mr Venkaiah said.