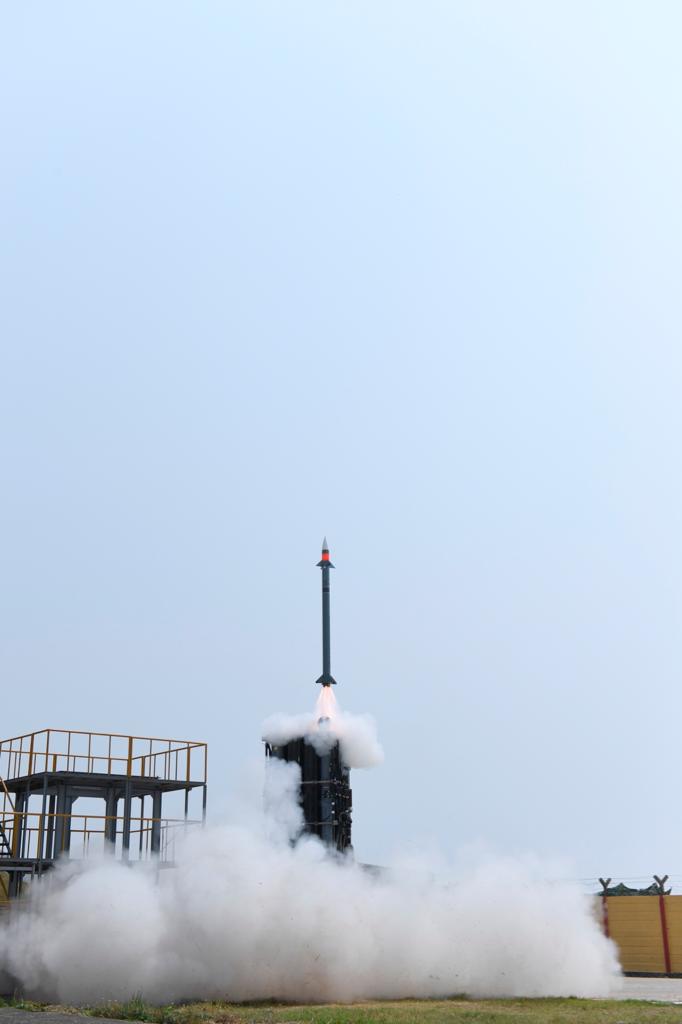 “The flight tests were carried out as part of the live firing trials against high-speed aerial targets. The missiles intercepted the aerial targets and destroyed them completely, registering direct hits at both the ranges,” a Defence Ministry statement said.

“This MRSAM version is a Surface-to-Air Missile developed jointly by DRDO and Israel Aerospace Industries for use by the Indian Army. The MRSAM Army weapon system comprises multi-function radar, mobile launcher system and other vehicles,” the statement added.

The performance of the weapon system was validated through the flight data captured by range instruments like radars, electro-optical tracking systems and telemetry deployed by ITR, Chandipur.

The flight tests were carried out in the presence of senior officials from DRDO and Indian Army. Defence Minister Rajnath Singh congratulated DRDO, Indian Army and the Industry for the successful flight tests of MRSAM-Army.

“Both the successful tests establish the capability of the weapon system in intercepting targets at critical ranges,” he said.